Here at The Folding Cyclist we receive a lot of photos of folding bikes from owners asking us to help identify its maker since in many cases it is not obvious. Most of the time we can help with identification but often times their provenance is a bit elusive.  Quite a few of these mystery bikes are of West German origin from the 1970's. So to help clear up some of these mysteries this page, entitled "Klapprad" (German for folding bike), will help decode some of these enigmatic bikes.  They are enigmatic in that they all carry brand names that don't reflect who actually made them. Typically they were produced and sold under a OEM(Original Equipment Manufacturer) or private label business model.  In general, West German folding bikes from the 70's that don't carry the name of a known bicycle manufacturer are department store, mail-order, or similar retail channel brands.  While many bear decals with fancy sounding names they were relatively inexpensive mass produced bicycles. Adding to owner's confusion about the origin of their bike is that the manufacturers would often use branded parts such as lights from Union, gearing from Sachs, or frame parts from Pletscher (a Swiss company) giving the impression that they may have been the primary manufacturer.

Take "Mars" folding bikes for instance. Many owners assume that the bike they have was made by Mars-Werke in Nuremberg, the venerable German bicycle, moped and motorcycle maker. The problem is that Mars-Werke declared bankruptcy in 1958.  The assets of the company were bought by Gritzner Kayser, a sewing machine company, who did carry on the manufacture of Mars mopeds for a while but didn't carry on with the bicycle business. Quelle, a German department store and mail-order company, ultimately  obtained the trademark rights to "Mars" for bicycles and contracted with bicycle manufacturers such as Kynast and Schauff to make them.

It is difficult to give a one-to-one mapping between a brand name and manufacturer since the department store and mail-order companies would put out for bid to the bicycle manufacturers the opportunity to manufacture their bikes each year. So a particular folding bike with the same brand name might have been made by a different manufacturer depending on the year.

The largest West German OEM folding bike manufacturer was Kynast, some of the others were Jobafa (Josef Bachtenkirch Fahrräder), Hercules, Heidemann Werke Einbeck, Kalkhoff, Panther, Schauff, and Sprick.  Some of the brand names used were Alpina, Bobby, Condor, Elite, Escorte, Europa, Excellent, Fantom, F.E.M. Brillant, Göricke, Jaguar, Kosmos, Lambertus Flying Dutchman, Radiant, Rekord, Record, Regent, Standard, Sport 80 Luxus, Super Luxus, Triumph, and Victoria. This list is not exhaustive and if any readers know of others that should be added to the list, please contact us.  Also if you have a particularly good photo of one of these folding bikes in excellent condition, please send it to us.

Some of these bikes were imported to North America by Kent, a bicycle wholesaler and distributor and sold in departments stores such as Sears and Canadian Tire.  They will have a "Kent" decal on the seat tube and a head badge decal bearing the name of the retailer.  Others ended up in the U.S. by tourists or American service members returning from West Germany and bringing them back as souvenirs.

Several of these bikes had a "chopper" style meant to mimic a motorcycle and often times featured imitation suspension springs, either on the front, back, or both. "Bonanza" was a brand name used on a particular chopper style bike made by Kynast and sold by Neckermann.  The design was copied by other manufacturers and eventually the German term "Bonanzarad" was coined as a generic reference to connote this style of bicycle. The chopper style was actually started by the American bicycle maker Schwinn with the introduction of the Stingray in the 1960's. The term "high-riser" was also used in Germany for bikes, typically non-folding, that featured the Stingray style with banana seat and high "sissy" bar.

Below you will find some examples of the aforementioned bikes and various brands, starting with the "Bonanazrad" or chopper style. 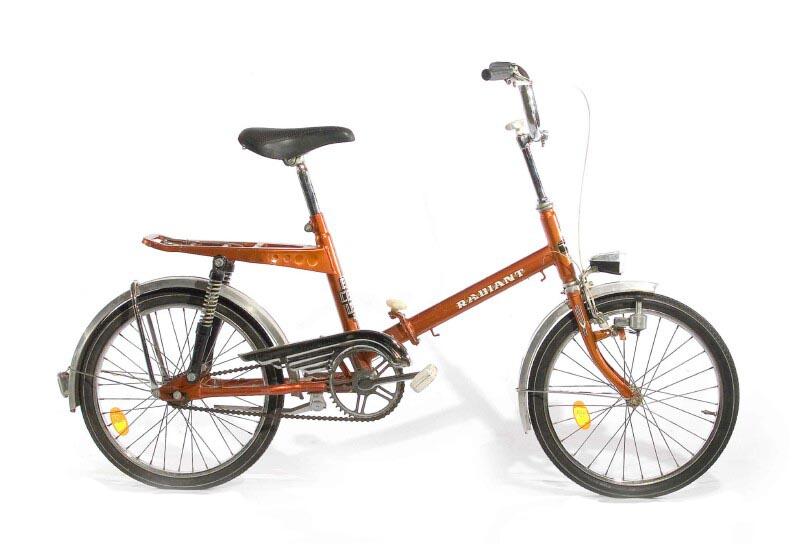 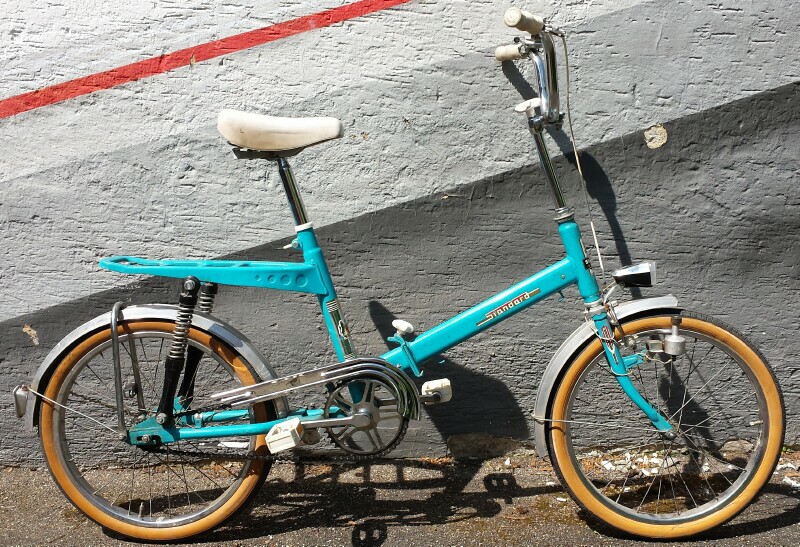 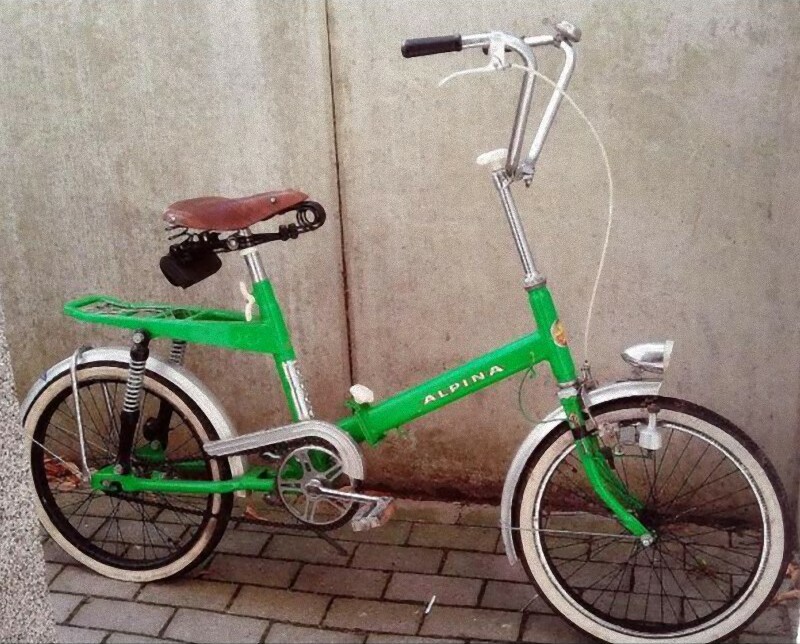 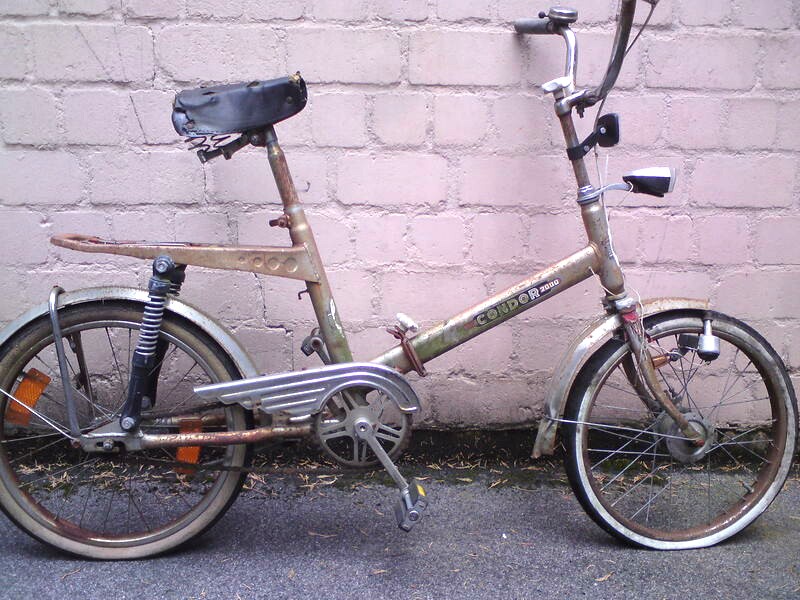 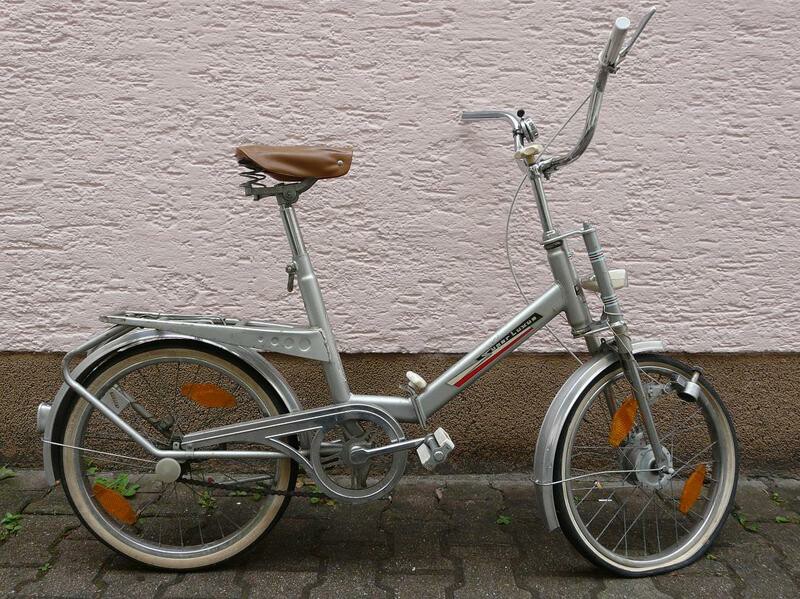 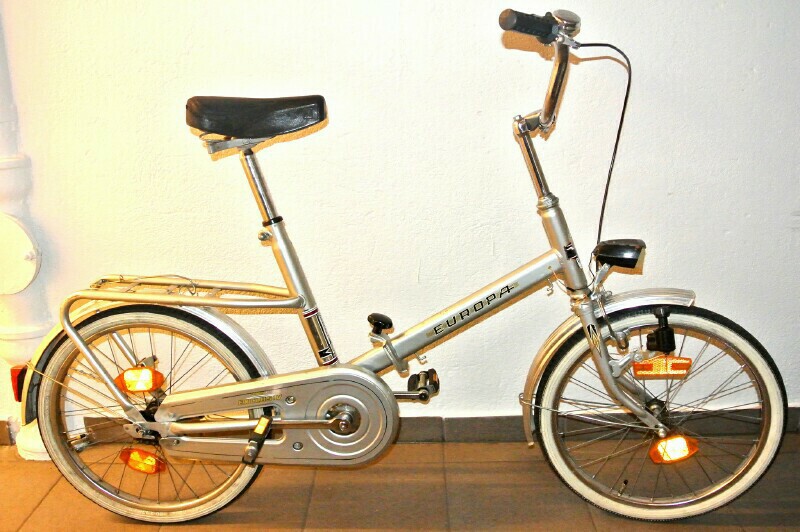 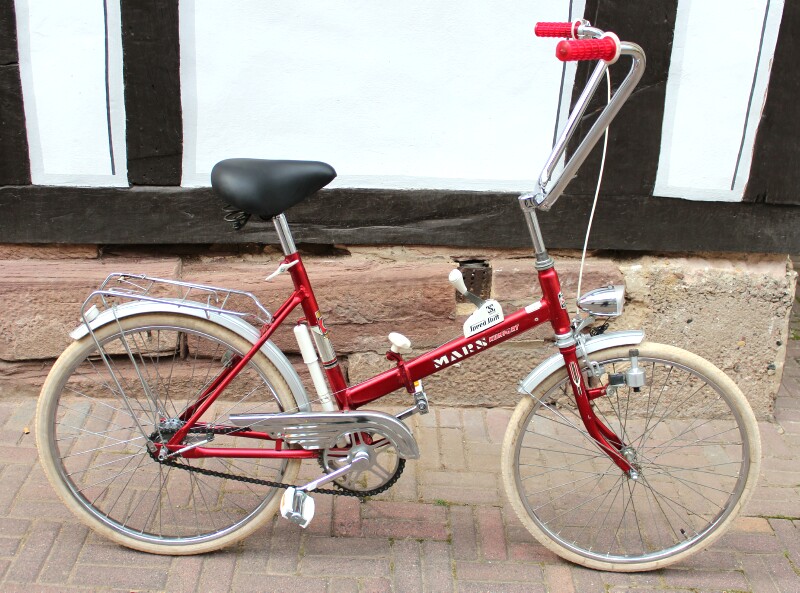 Mars Komfort folding bike, different design and manufacturer from above - sold by Quelle 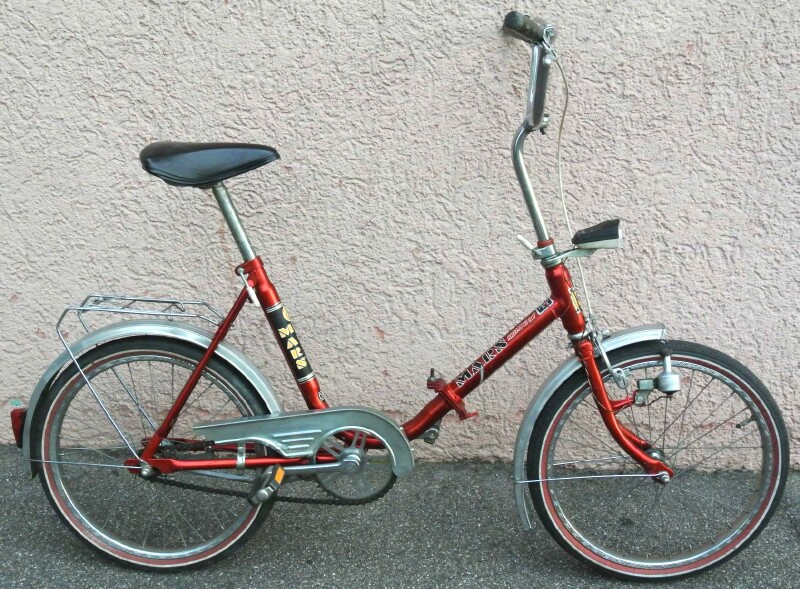