The folding bike below is a 1975 Viscount Spacemaster.  The "Spacemaster" name was initially used on a predecessor bicycle by Trusty Manufacturing of England who introduced it in 1965 as a "Trusty Spacemaster" but it was a non-folding, separable bike.  Trusty Manufacturing had started out as a maker of children's bicycles in the early 60's.  After acquiring Lambert Cycles in the early 70's, Trusty started using the Viscount brand on their bicycles which included standard type bikes previously branded "Lambert".  It is unknown in exactly when the Viscount Spacemaster was introduced or in what year the production ended.  Since a patent was filed on the bike on July 22, 1975, it's safe to assume that the first year of production was 1975.

The hinge on this bike is unusual and fairly different from other folding bikes, consisting of a spring loaded cylindrical screw clamp to secure it in the closed position.  The photos below and drawing from the patent application illustrate the hinge mechanism.  The bike featured 20" wheels, front and rear side pull brakes, and a 3-speed Sturmey-Archer hub gear with trigger shift.  The basket shown was not standard. 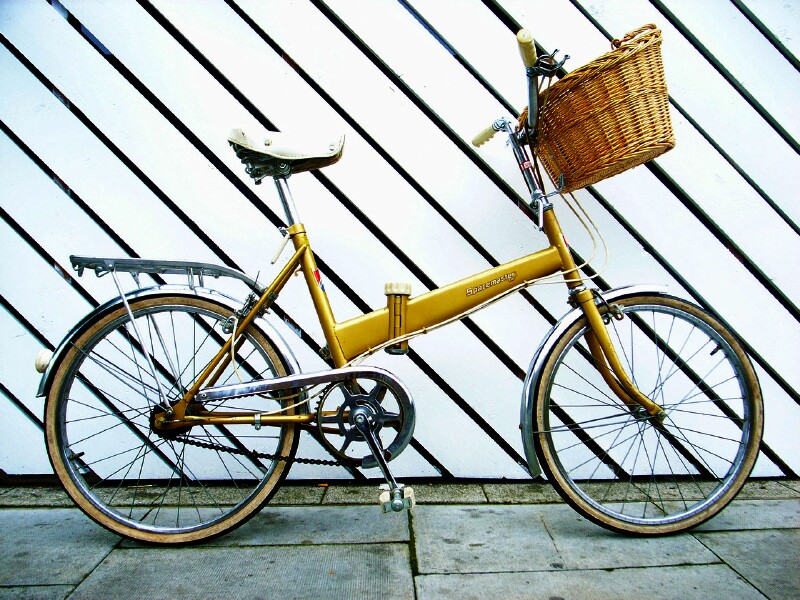 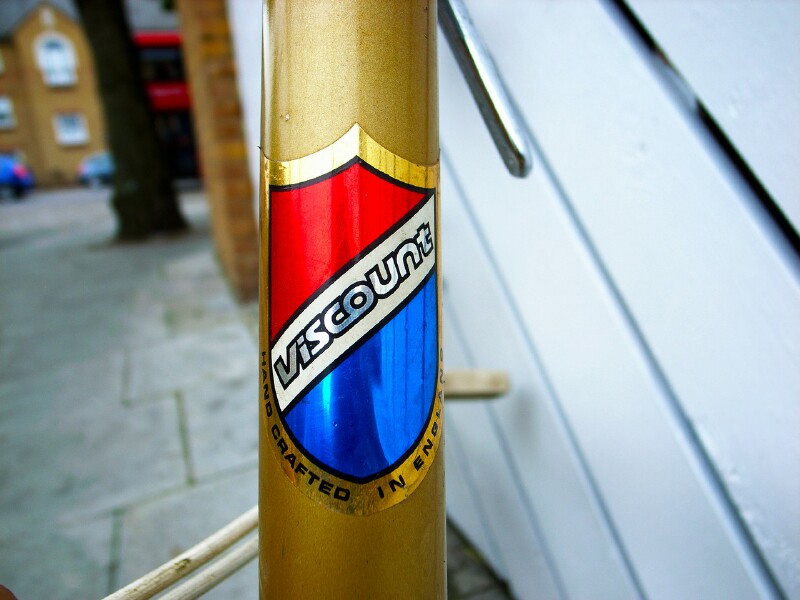 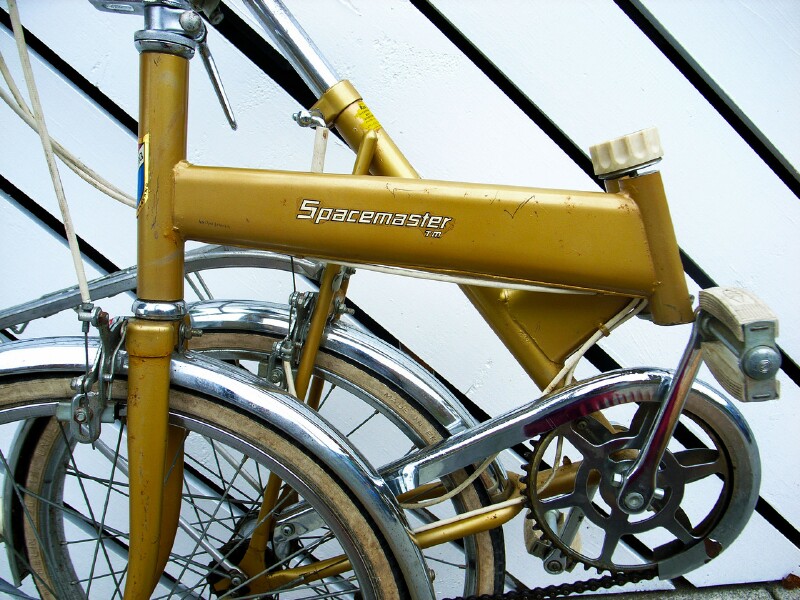 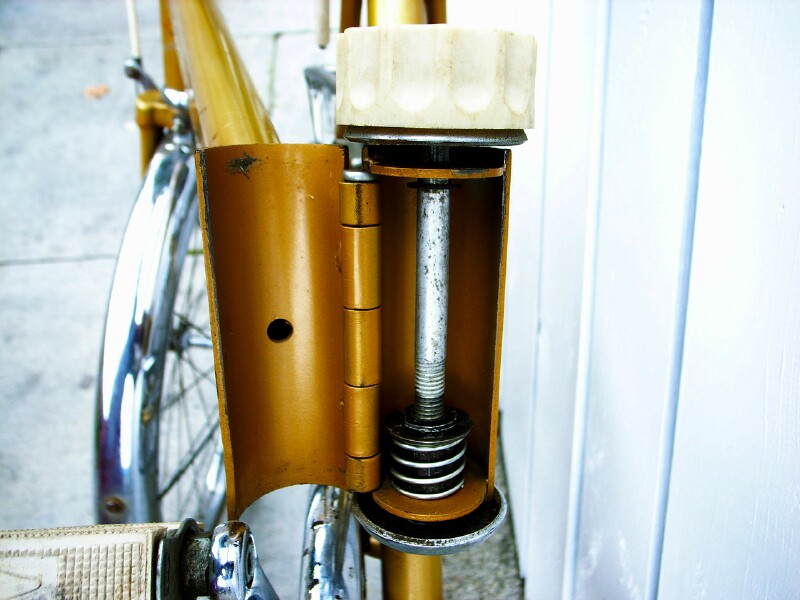 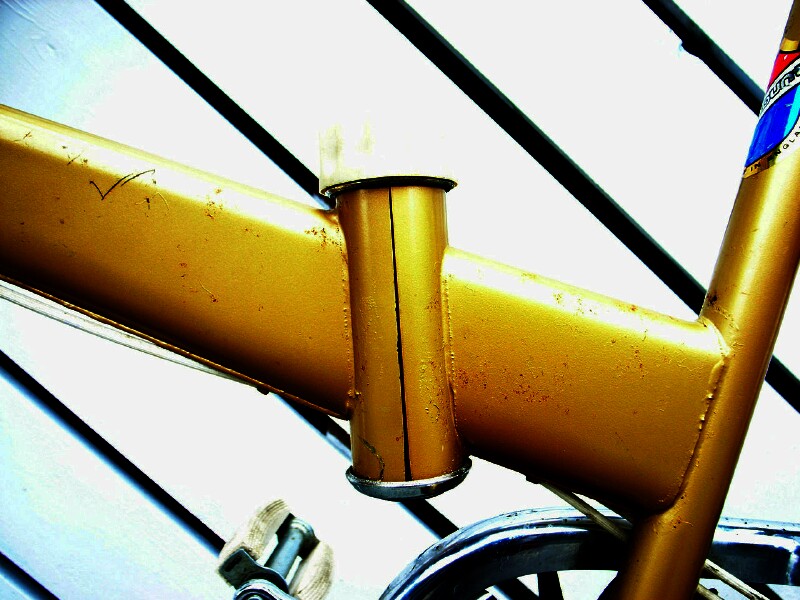 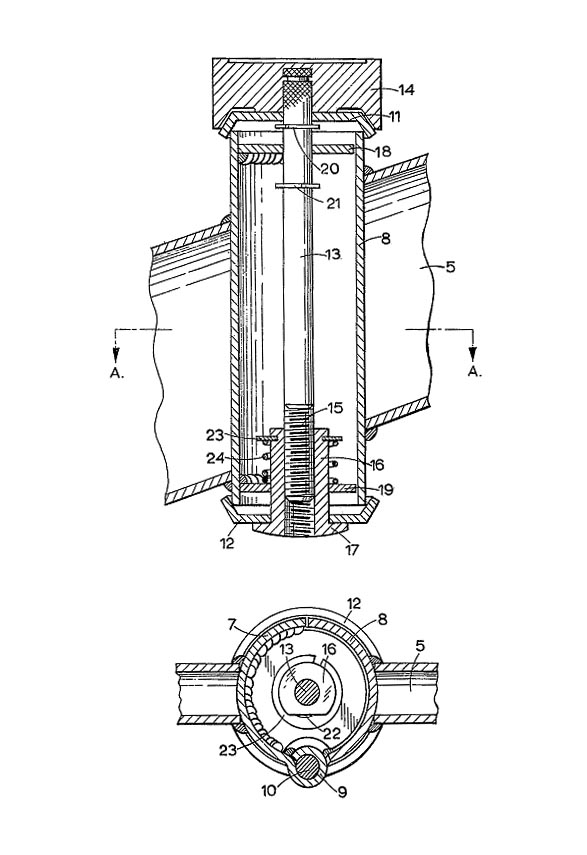