The Schwinn Run-A-Bout was technically not a folding bike since the frame itself did not fold in any way but we included a page on it after getting countless e-mails regarding its omission.   For this bike, Schwinn basically took a Stingray frame and added tool-less releases to the handlebars and seat post and used 16" wheels instead of the 20" and called it a Run-A-Bout.  The only folding part was the handlebars which folded down then the extra-long seat post retracted into the frame making for a more compact bike that would easily fit into a car trunk.  When Schwinn introduced the bike in 1968 they didn't use the term "folding bicycle" they used "fold up bike".  However, in 1969 they used both terms to describe the bike but by 1970, the last year of production, the "folding bicycle" moniker had disappeared.  Quite a few people still call it the "Run-A-Bout folding bike" but Schwinn can be blamed for the confusion.

Schwinn only sold the Run-A-Bout for 3 years - 1968, 1969, and 1970.  All models came with a 3-speed Sturmey Archer hub gear, most with a trigger shift on the handlebars.  Only in 1968 was a stick-shift on the frame offered as an option for $5.00 more.  Rumor has it that Schwinn dropped the stick-shift after reported injuries it caused.  The bike below is a 1969 model with a trigger shift.  Following it are catalog scans of each of the model years. 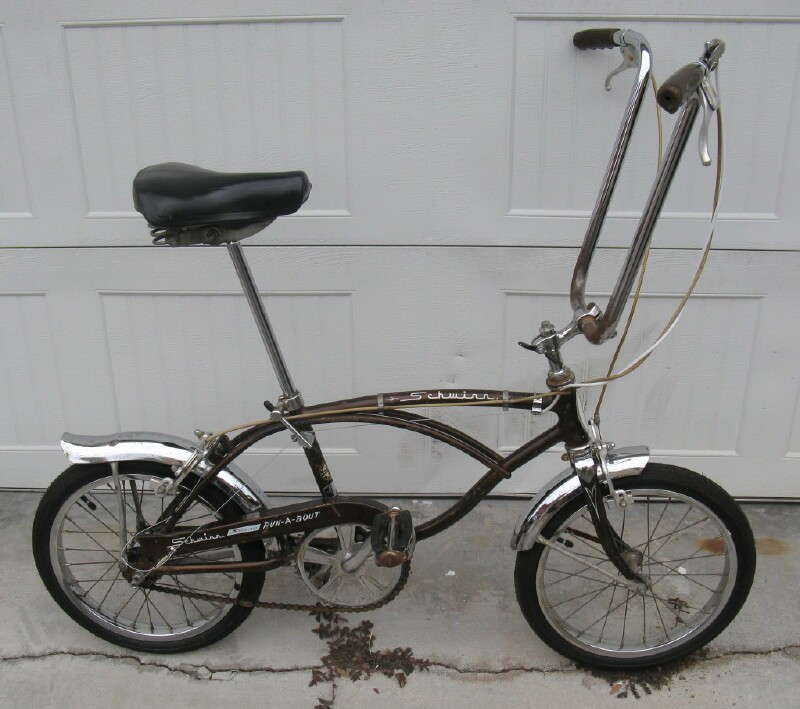 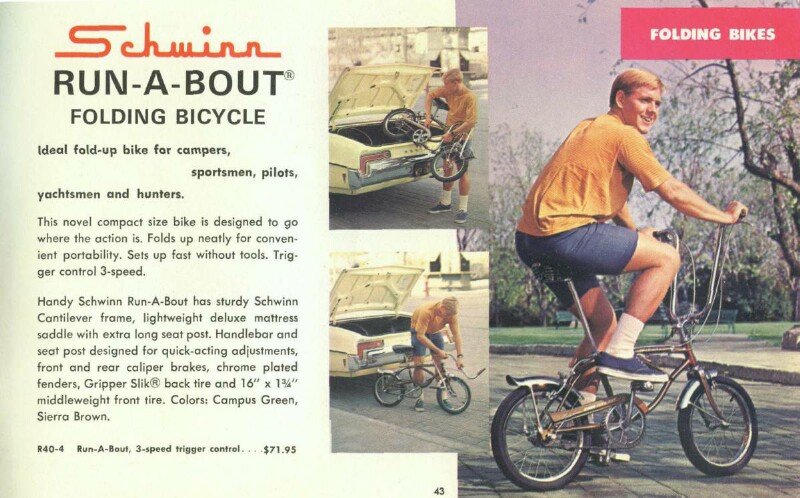 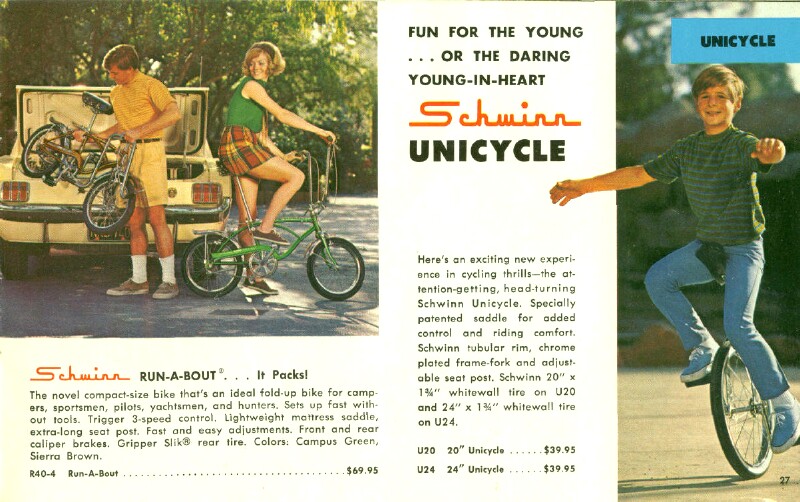