Below is a photo of a Leitner (or Leutner) military folding bike c. 1914.  It was designed and built by Alexander Leutner in Riga, Latvia.  While it is commonly known as a "Russian" bike, the association is not so much of the country, rather the brand name used by Leutner on his bicycles was "Russia" ("Россiя" in pre-1918 Cyrillic, it would read "Россия" in modern Cyrillic).  Another confusion is Alexander's last name, the Romanization of it from Cyrillic yields "Leitner" rather than the actual "Leutner", a surname of German decent. 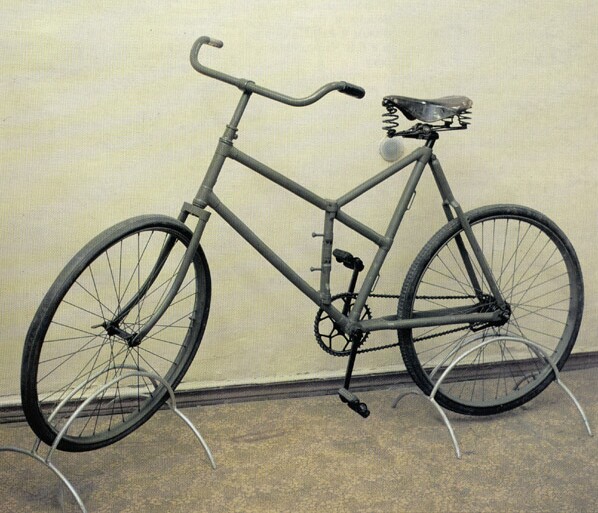 After graduating high school in the early 1880's, Alexander Leutner (shown below)  apprenticed as a mechanic in Riga.  He then went to France to further his education and ended up in Lyon where he toured a bicycle factory which sparked his interest.  He then went to Coventry, England and Aachen, Germany to study bicycle mechanics.  In the late 1880's he returned to Riga and opened a bicycle workshop.  His bicycle business expanded rapidly to become the largest bicycle factory in the Russian Empire and it was the start of what became a very large enterprise that ultimately built motorcycles, cars, boats, and armaments.  The Russian military commissioned Leutner to make a folding bike for military use after they had initially tested the French Captain Gerard folding bike (see main Folding Bike History page) and found it lacking.  The Russian military generals also found it troublesome to be procuring bikes from a foreign power.  During WWI Leutner's factory was relocated to the Ukraine to keep it from falling into German hands.  His folding bike design did end up being built in other factories later under the "Dux" name, specifically the "Dux-Battle" military model. 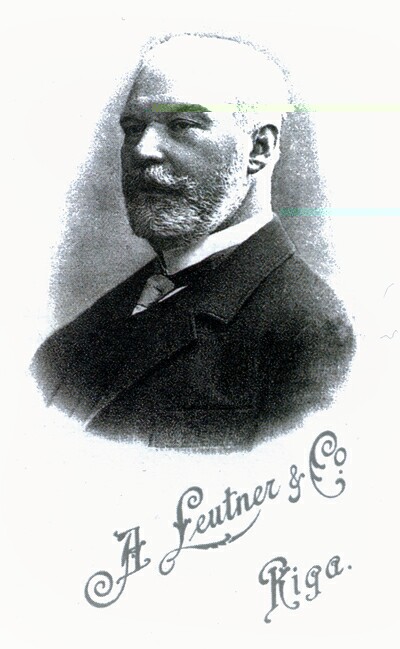 Below is a stamp issued by Russia in 2008 commemorating the Leutner military folding bike.  Obviously it was found to be of significant enough historical importance to merit a stamp. 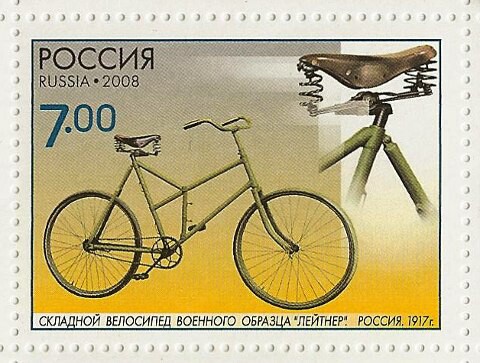