The Panasonic Traincle folding bike was originally conceived of by JR-East, a Japanese train company, in 1997.  Their idea was to offer a bicycle that could be used by commuters and tourists in conjunction with their travels on the train.  They produced a prototype and approached National Bicycle (a subsidiary of Matsushita, now Panasonic) to manufacture it.  Panasonic made the Tranicle as a single-speed with a titanium frame and 12" wheels and introduced two models of the bike (6500 & 7500) in 1998 at the Tokyo International Cycle Show.  It won a "Good Design Award" from the Japan Institute of Design Promotion in 1999.  The Tranicle was a fairly light bike, being made from titanium, and weighed 6.5kg (14.3lbs) and was touted as the lightest folding bike on the market.  It was a rather expensive bike though, around $2000 at introduction.  The Traincle was sold up until 2014 before being discontinued, most likely because the price had risen to around $3200. 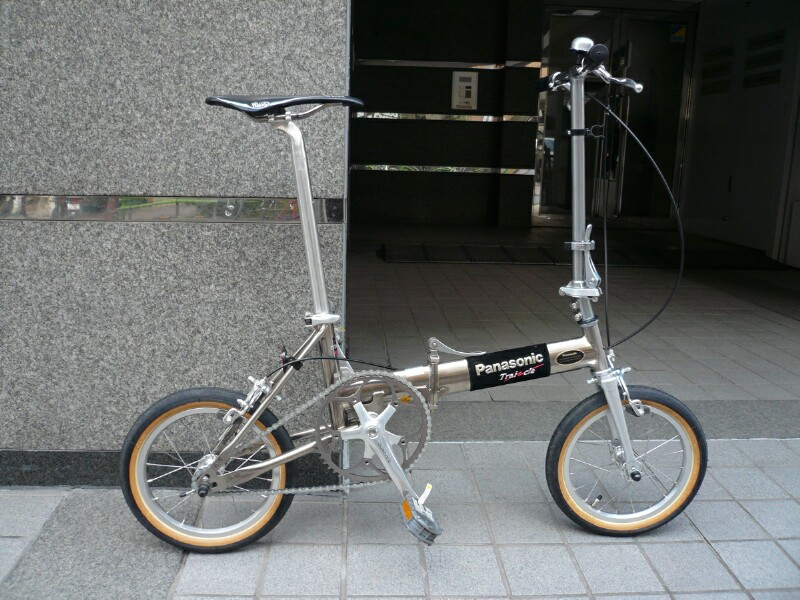 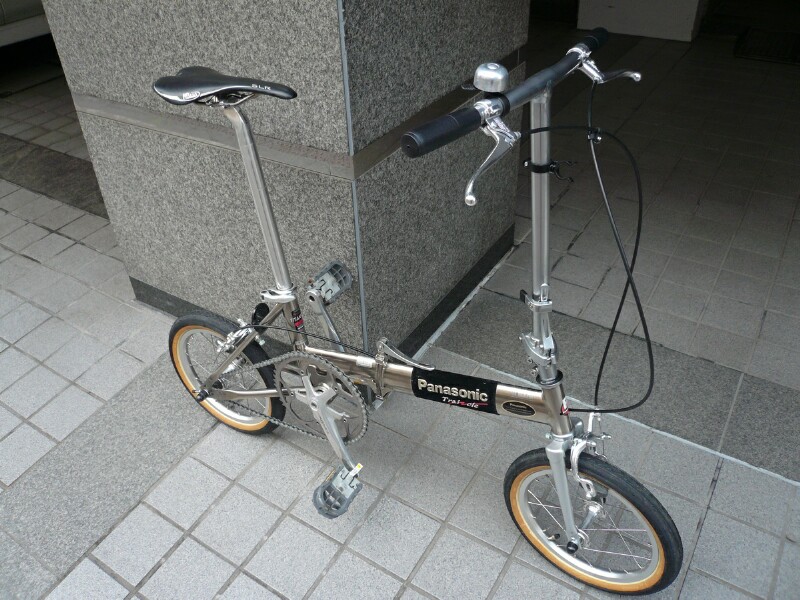 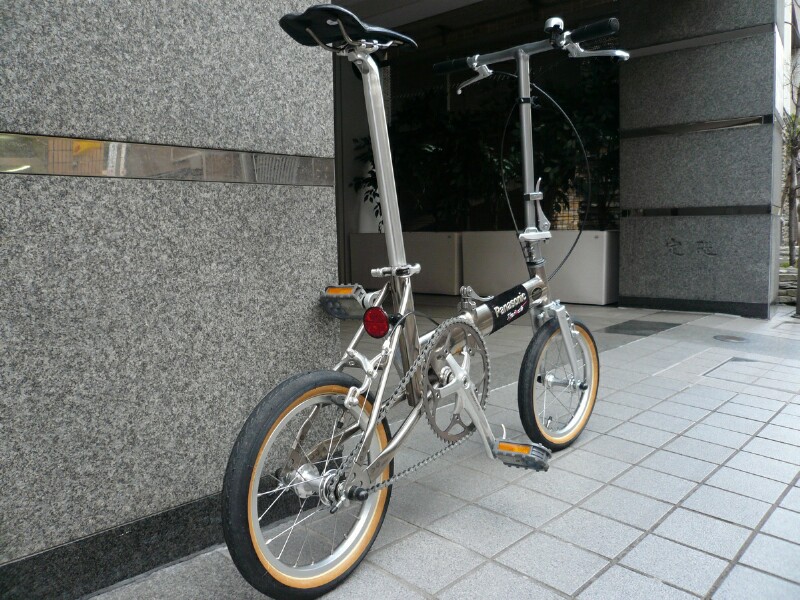 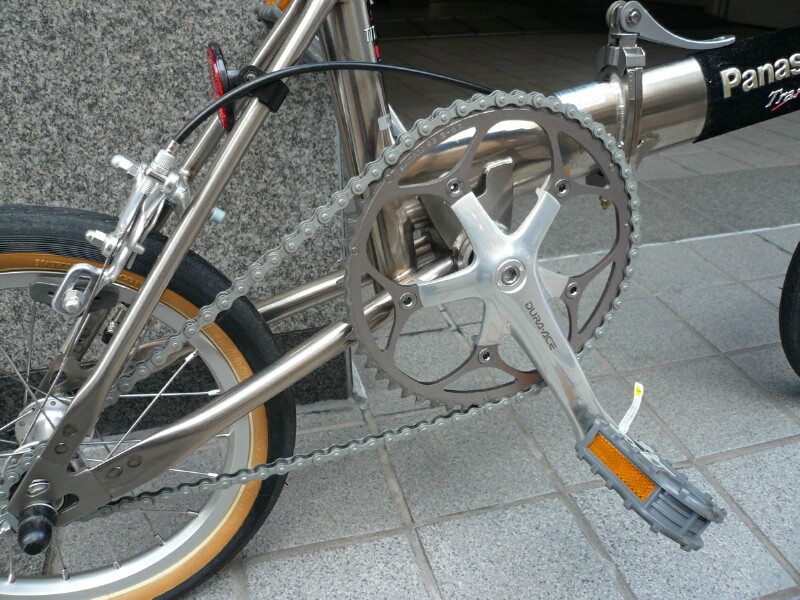