This relatively rare folding bike comes to us courtesy of Thomas at Authentic Vintage Bicycles.  He performed a wonderful restoration on this 1962 Neckermann, keeping it as original as possible.  It was made by Geier-Werke in Lengerich, a city in Westphalia, Germany.  The company produced these bikes from 1961 to 1967 but went bankrupt in 1968 and is no longer in business.  These folding bikes were sold via mail order from the Neckermann catalog, a page of which from 1964 can be seen below showing a man stowing it in a Mercedes-Benz trunk (kofferraum).  More photos and the story of its technical details and restoration can be found here (in German). 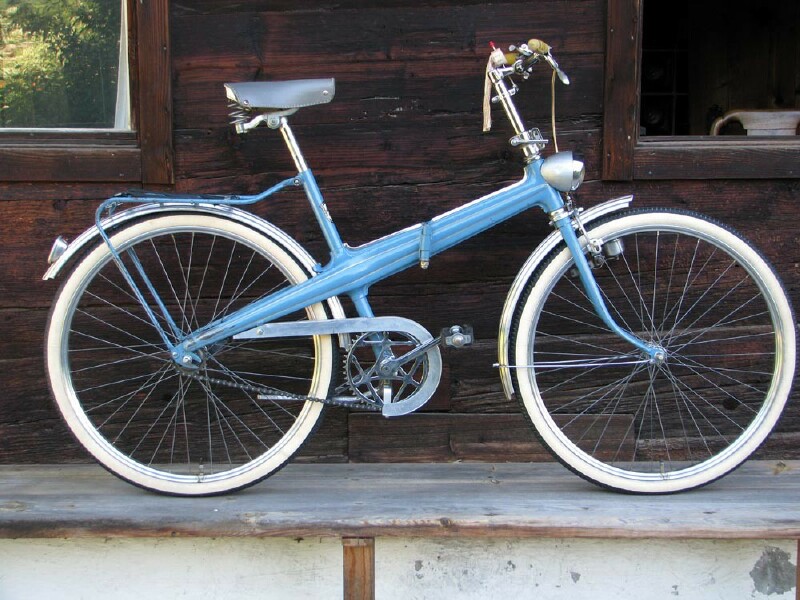 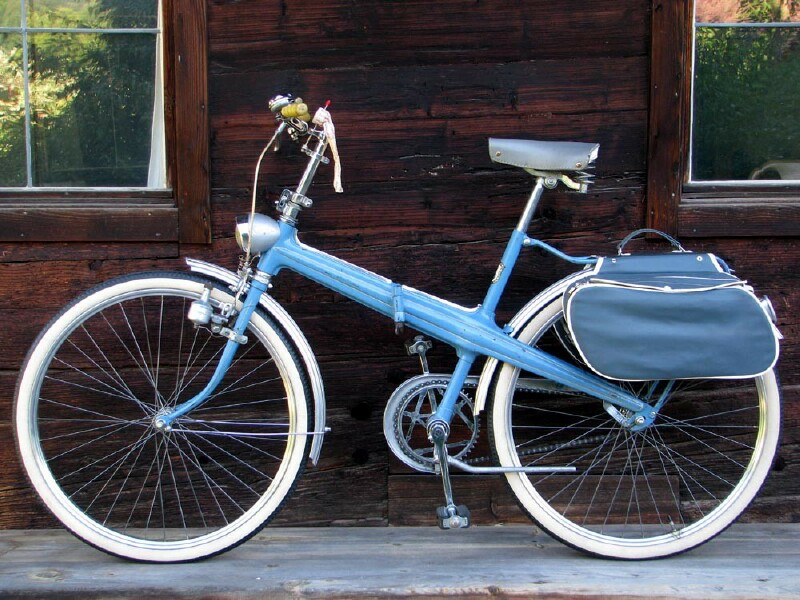 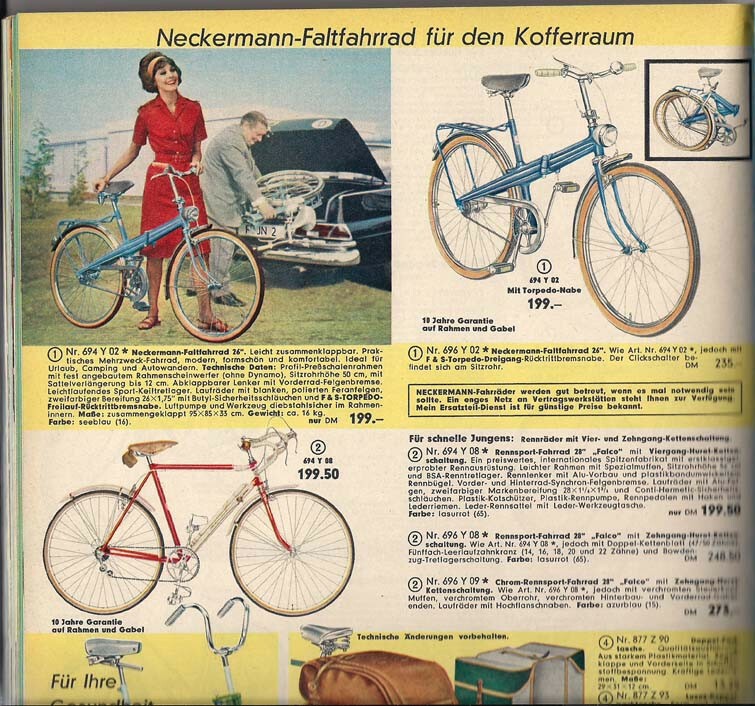