Motobecane was a popular French folding bike maker in the 1970's who also made bikes under the "Motoconfort" brand.  The particular bicycles below are the "Progress" models with 24" wheels.  They were interesting in that the Progress model came in several optional configurations, some with innovative features for the era.  You could get a 3-speed Sturmey Archer hub gear with a trigger shift, or a 5-speed derailleur, or a Shimano AB-100 Automatic 2-Speed Hub that used centrifugal force to automatically shift gears.  The AB-100 had an red adjuster ring (see photos) that allowed you to set the speed at which it shifted.  Some Progress models were available with hydraulic brakes, a rarity for folding bikes. 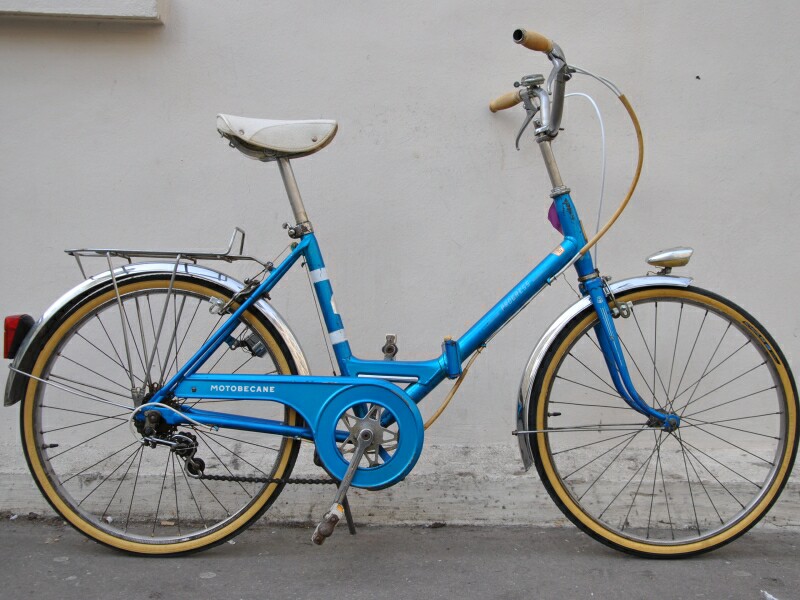 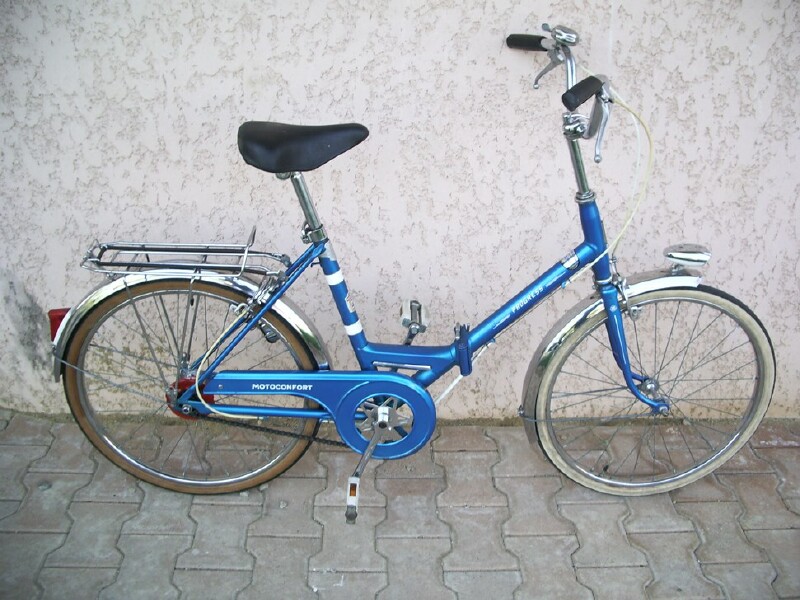 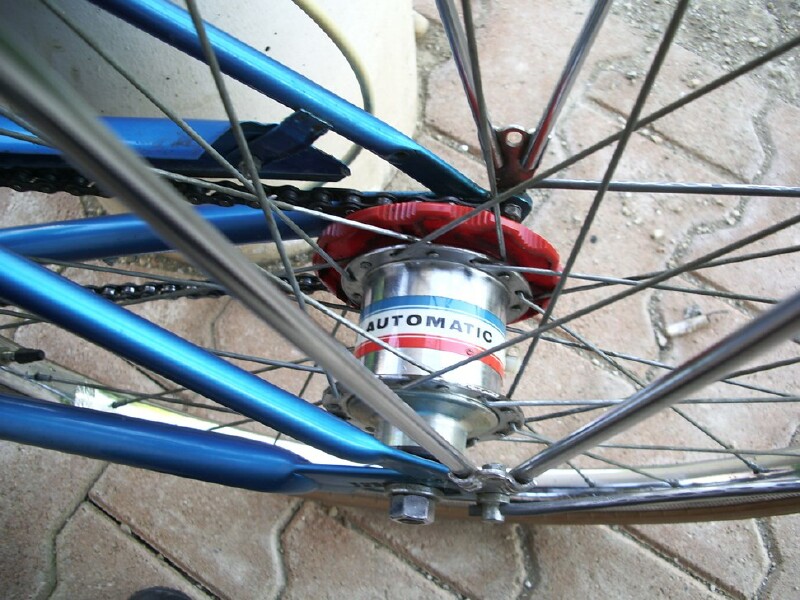 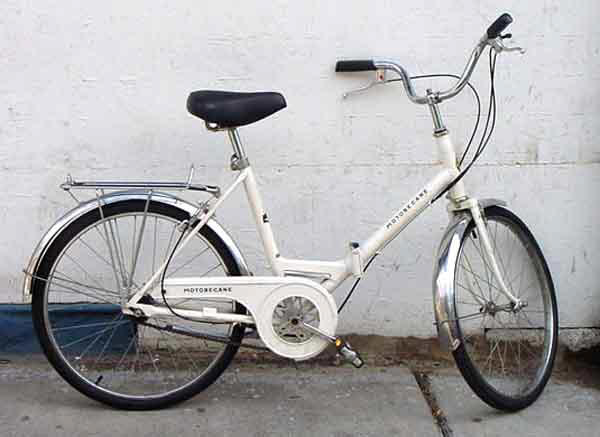