In 2001, Mercedes-Benz introduced a folding mountain bike and a version more oriented towards street riding (last photo), both had rear and front suspension.  They used what Mercedes called the CAR.RY System.  This system was comprised of two connectors, one on the downtube that allowed the rear wheel to be folded foward and the second in the handlebars which allowed them to fold down.  The front wheel was then removed by means of a quick-release mechanism. Once folded, they claimed the bike could even fit into their smaller C-Class Sports coupés.  A nylon carrying case was included.  The wheels on the mountain bike version, made by Protos, cleverly mimicked the Mercedes logo.  Like most things Mercedes, the price was steep - 3200€. 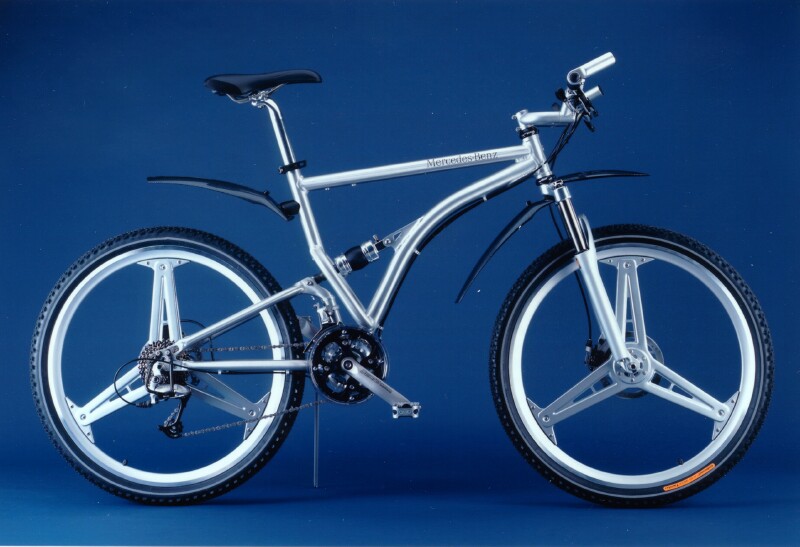 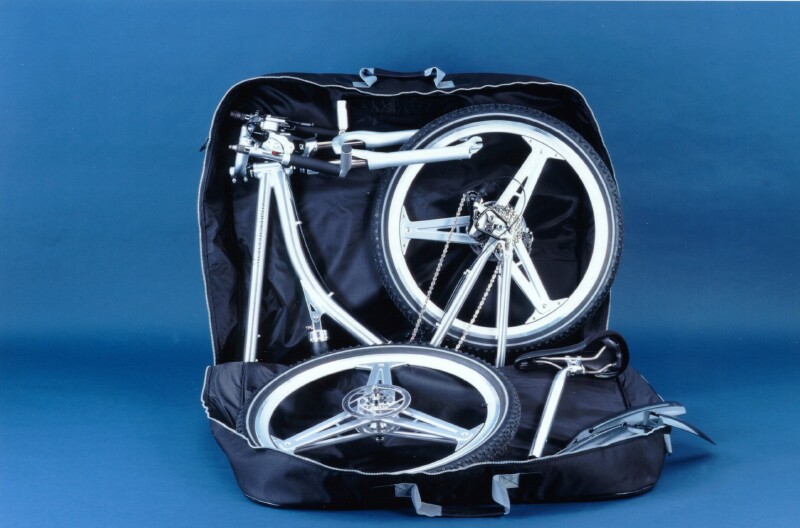 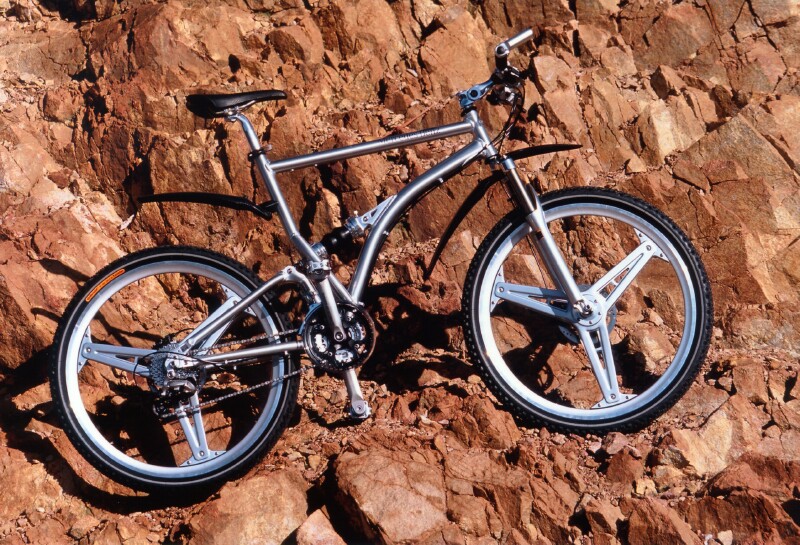 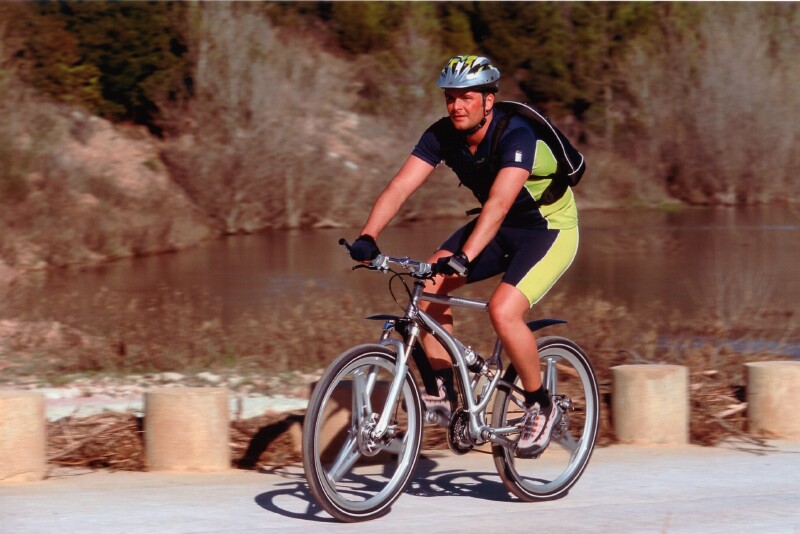 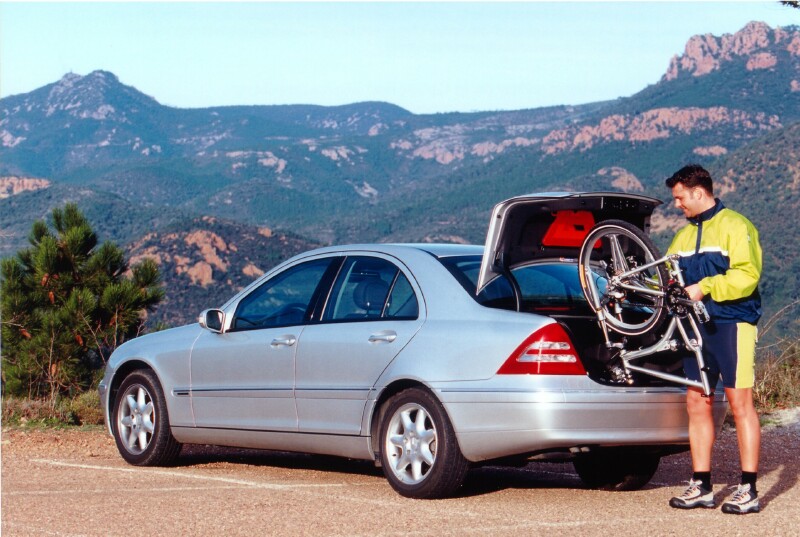 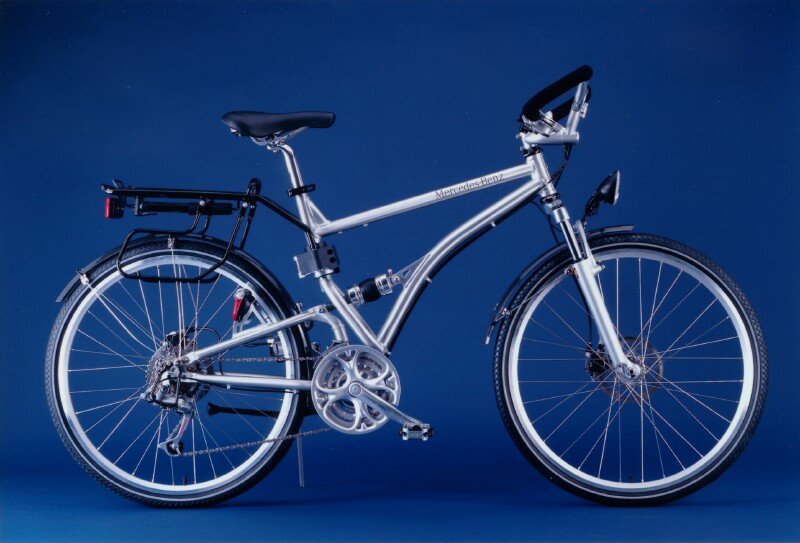