This is a Meister folding bike made in the late 60's or early 70's in West Germany.  It was actually made by Karl Goebel Fahrzeugfabrik, located in Bielefeld, where once a large bicycle manufacturing industry was located.  Goebel was a motorcycle and bicycle manufacturer and had acquired Meister Fahrradwerke, another motorcycle manufacturer, in 1959 and used their brand on this particular bike.  They also made the exact same model but with the "Goebel" brand on it.  The folding mechanism was patented by Goebel in 1967 but really only consisted of a simple latch and a screw catch to secure the hinge in a closed position.  The bike featured a 2-speed Fichtel & Sachs Torpedo Duomatic hub gear. 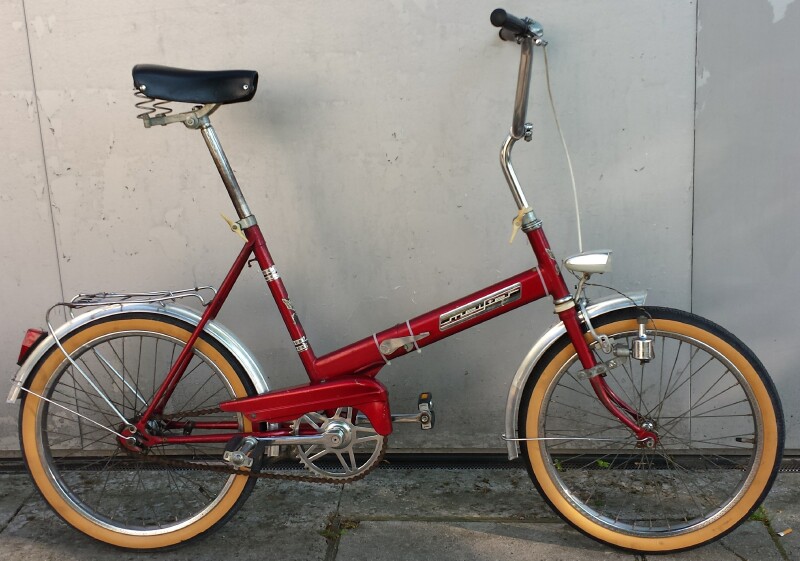 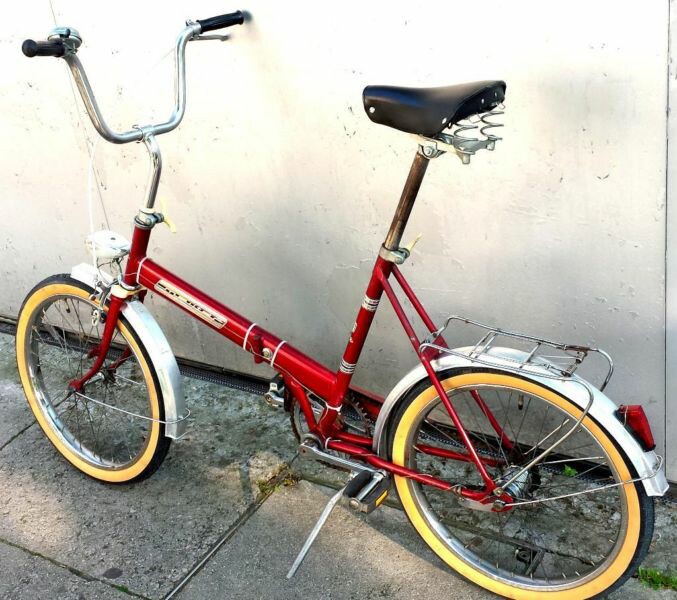 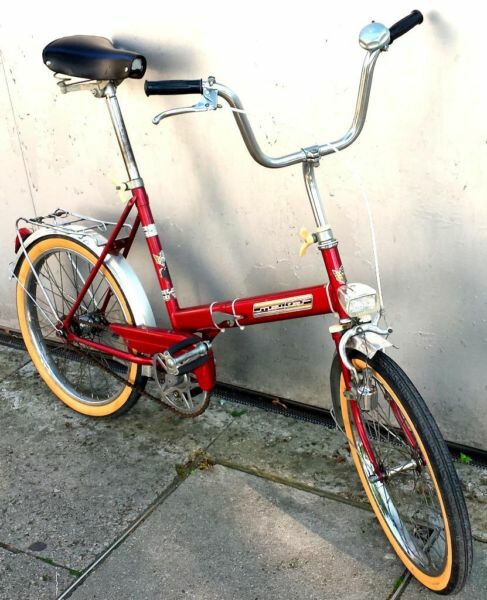