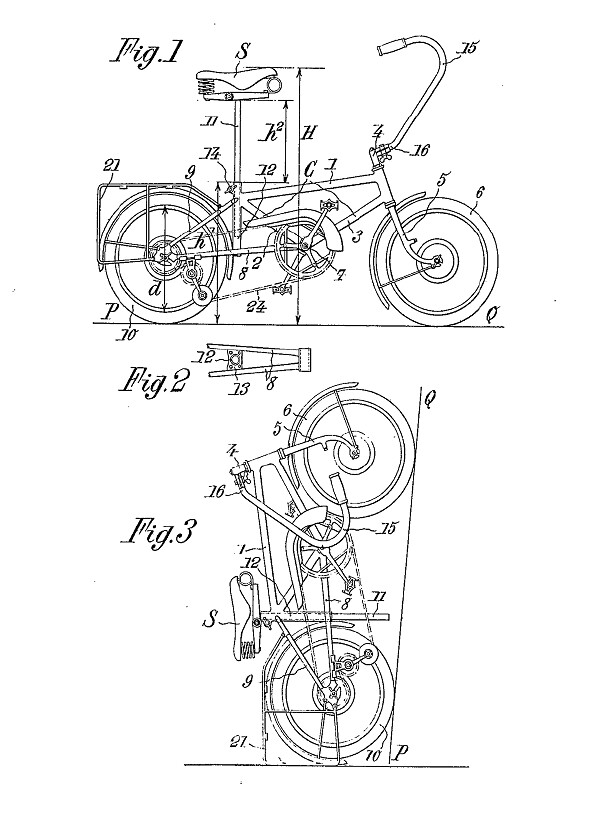 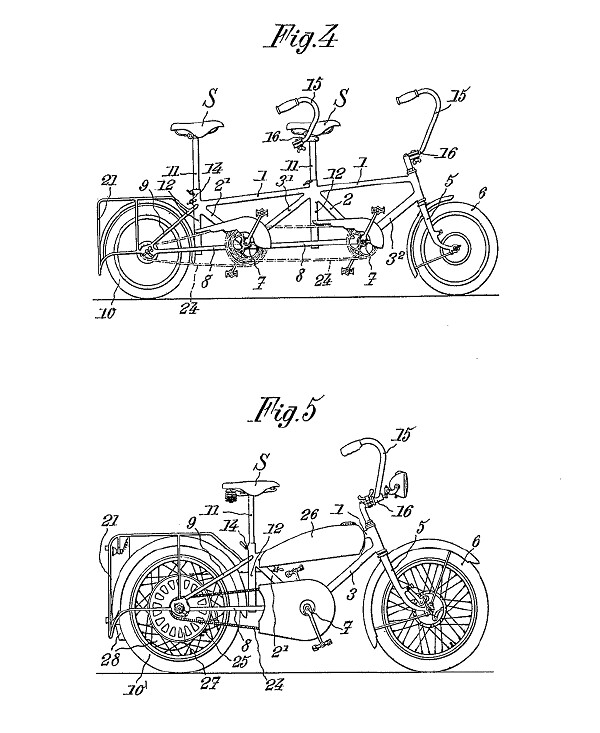 The photos below are a version of the Le Petit Bi that differs some from the design in the patent filings.  (Photos courtesy of the Embacher Collection) 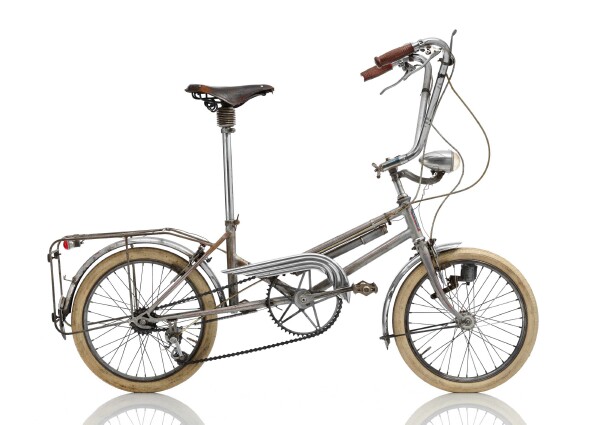 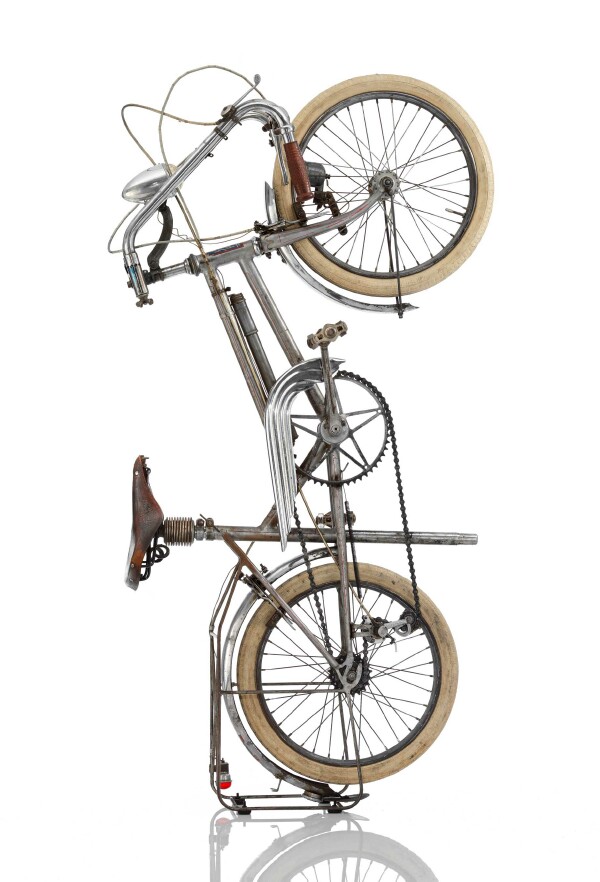 The photo below is a different variation of the bike that has a separable frame that corresponds to the bike featured in the magazine ad shown below it.  (Photo courtesy of the Embacher Collection) 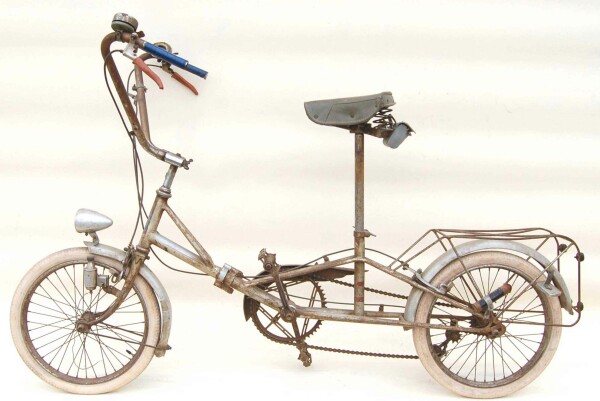 Andre Jules Marcelin was a physics professor who worked with Jean-Baptiste Perrin at the Laboratoire de Chimie Physique (Chemical Physics Lab) at the University of Paris (Sorbonne).  Mr. Perrin won the Nobel prize in physics in 1926.  Mr. Marcelin and Mr. Perrin collaborated on a few non-bicycle related inventions since their names show up together on some patents.  A photo of Mr. Marcelin with his physicist colleagues can be seen below. 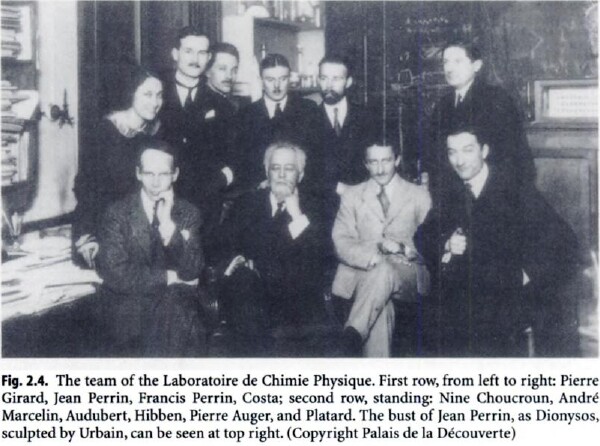 The Chemical Physics Lab was known to hold seminars on Mondays at tea time where they invited writers, poets, and artists to speak.  This may account for a couple of photos that are shown.  The first is of Francis Picabia, a noted French painter, on a Le Petit Bi with his dog in 1940 and the second is of Jean-Paul Sartre, the famous French philosopher, in c. 1941.  It's possible that they came to know Andre Marcelin through one of the seminars.  The photo of Sartre is a bit intriguing since it appeared in a Nazi propaganda magazine called Signal which tried to show how normal life was in France during the occupation.  Sartre had been in the French army but was captured by the Germans and put in a prison camp.  He was released after only 9 months purportedly for medical reasons but it's possible he earned his release by agreeing to certain conditions, one of which was to participate, perhaps unknowingly, in propaganda activities.  He given a teaching position shortly after his release, a fact which corresponds to a descriptive caption that accompanied the photo - "A cycling professor". 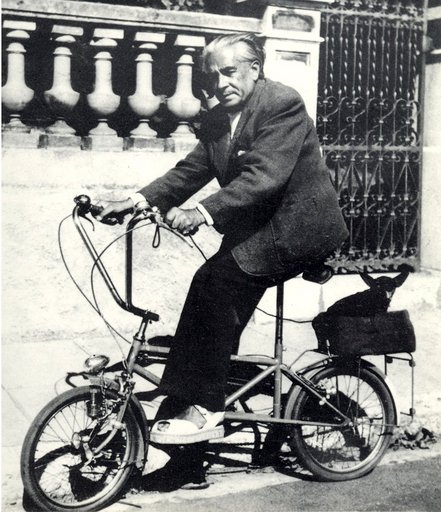 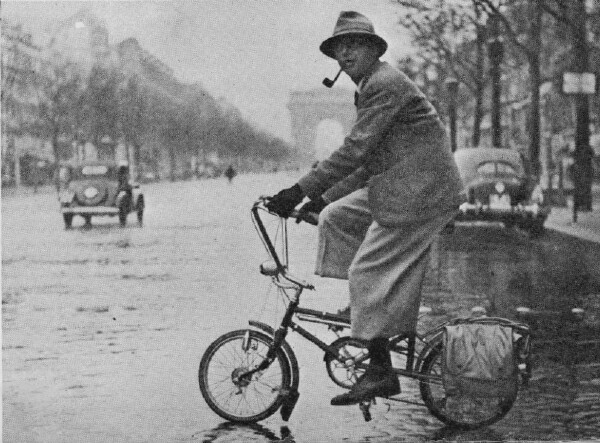 The Le Petit Bi wasn't Mr. Marcelin's first bike design, he filed a patent on August 7, 1935 for what looks to be a folding recumbent bicycle.  Drawings from the patent are shown below.  Fig. 1 shows how the bike compared in size to a full-size bike. 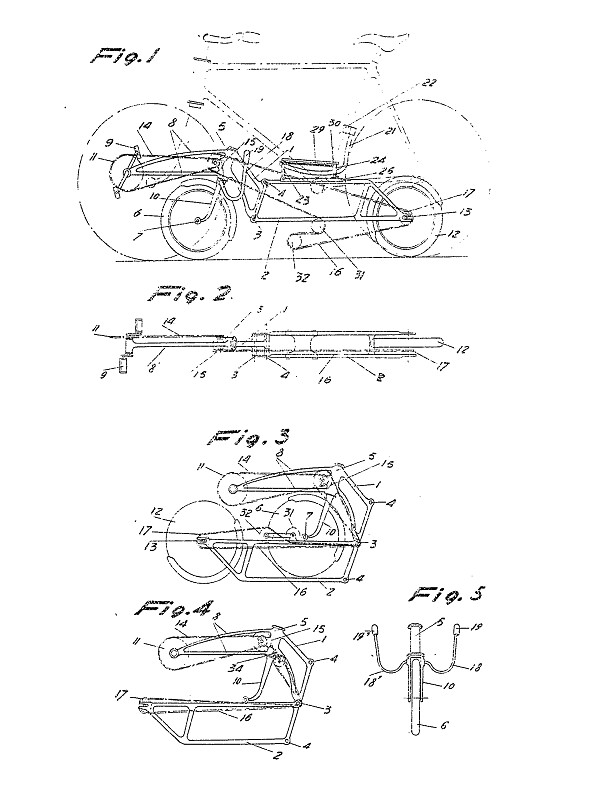 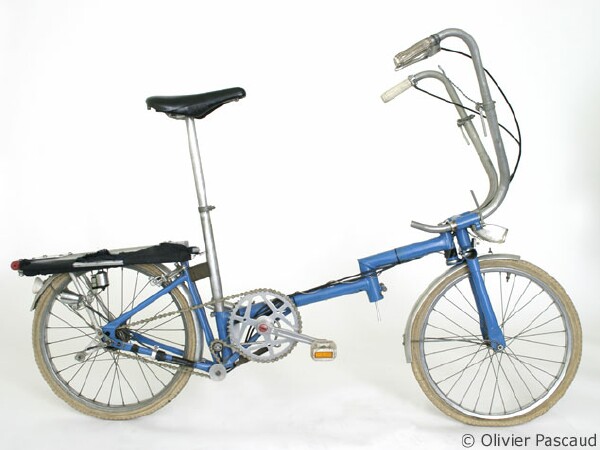 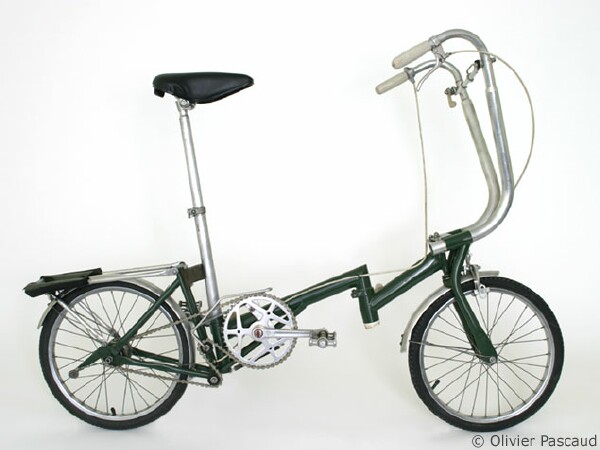