This relatively rare German folding bike is a late 50's or early 60's GOLD-RAD Piccolo in remarkable original condition.  The GOLD-RAD (Gold Wheel in English) company was founded in 1892 by Benjamin Goldberg in Siegburg, Germany.  To keep up with bicycle demand after WWI, Mr. Goldberg moved the company to Cologne and opened up a modern bicycle factory in 1930.  Since economic times were tough during and after the war, GOLD-RAD was one of the first companies to allow customers to purchase a bicycle and pay with monthly installments.  GOLD-RAD ceased operating in 1998.

The exact date of the introduction of the Piccolo folding bike is unknown but a photo below depicts a man holding one at the "Day of the Bicycle" show in Nuremberg on March 19, 1959.  The first advertisement photo that follows was from July 1958 so it assumed that this folding bicycle first appeared around this time.

The last advertisement below is from 1965.  The GOLD-RAD Piccolo was featured as a bicycle that could fit under the front hood of a Volkswagen 1200. 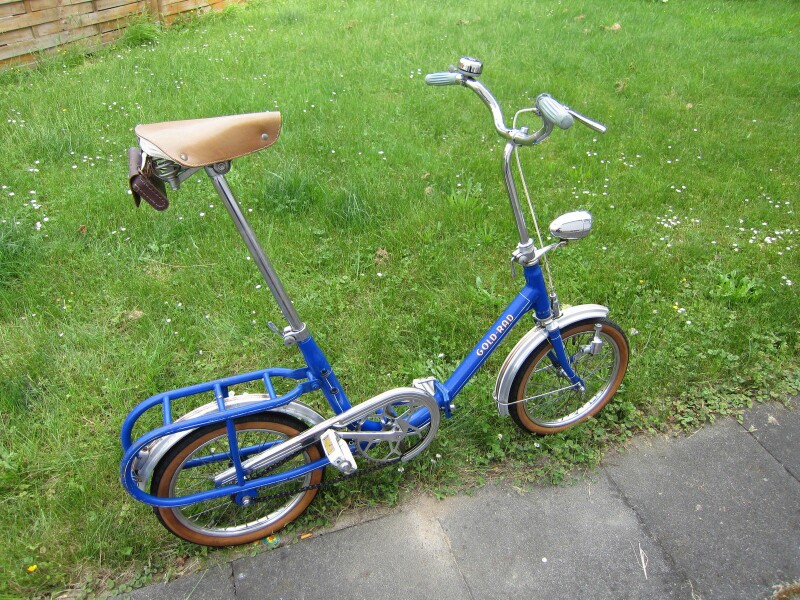 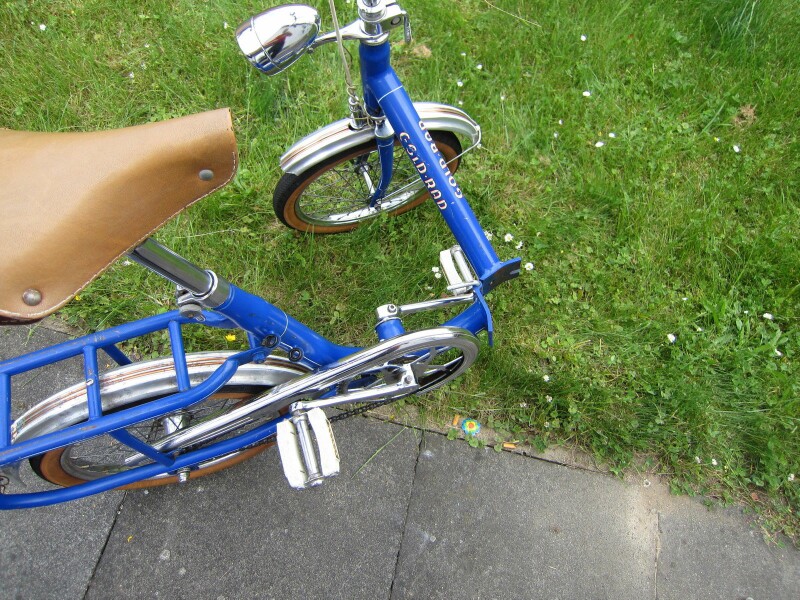 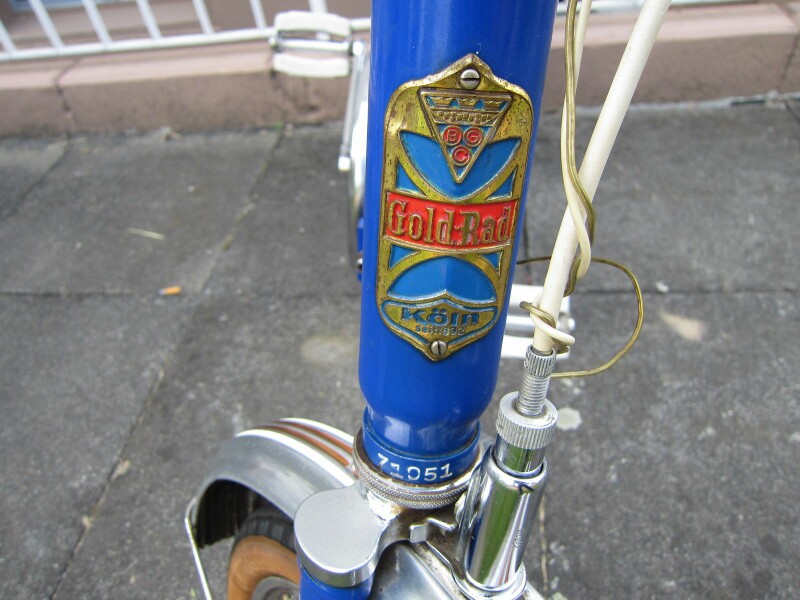 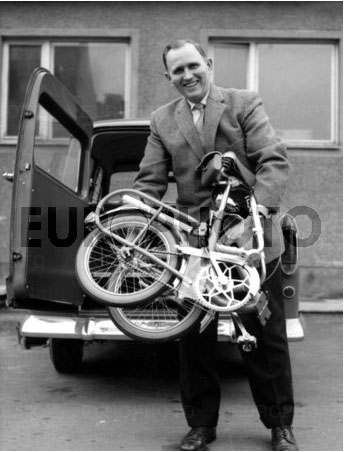