This interesting folding bike was submitted by a reader who purchased it from its second owner who kept it in storage for years.  The bike is in pristine condition with the original protective wrapping still on it, quite remarkable for a bike that is over 50 years old.  It features a double fold frame, while not unique, it was unusual in its era.

The bike was made in Japan by Dai Nippon Bicycle (DNB), a Tokyo based manufacturer of bicycles. DNB set up a U.S. distribution company in New York City which serviced a network of dealers.  One of their ads is shown below following the photos of the bike. 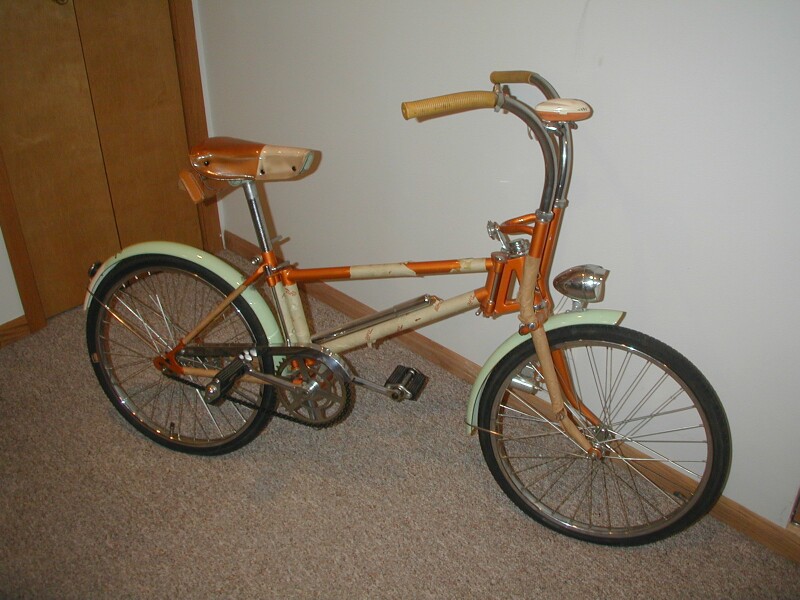 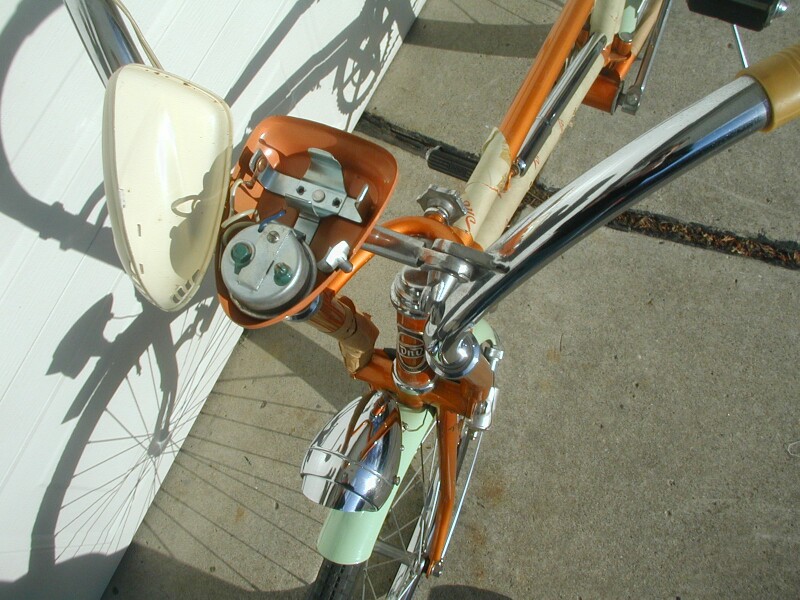 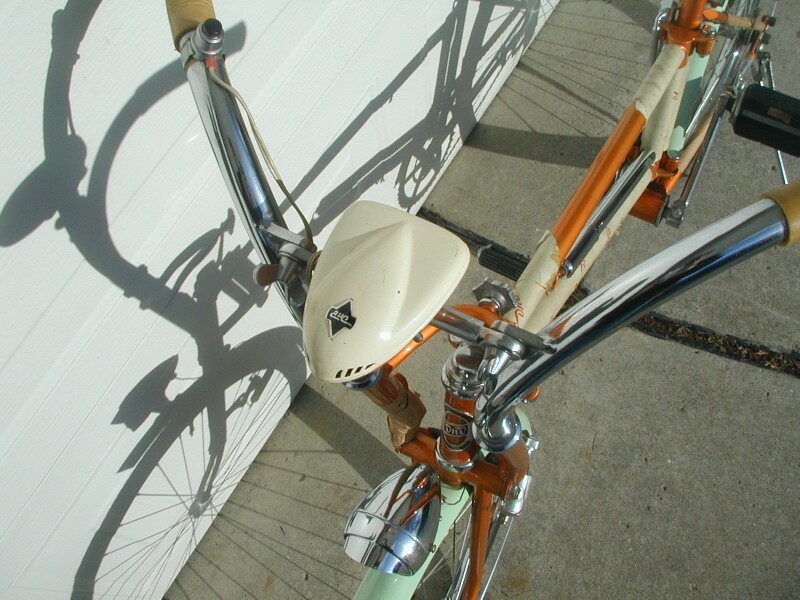 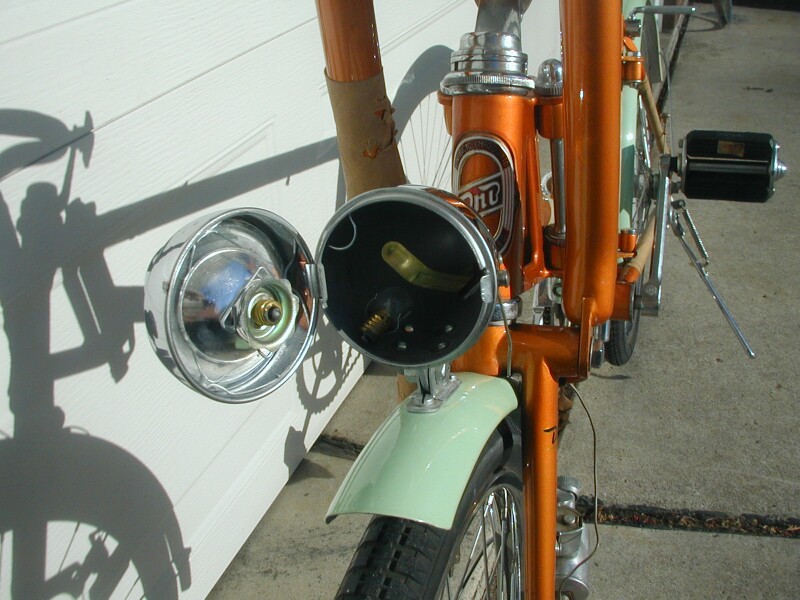 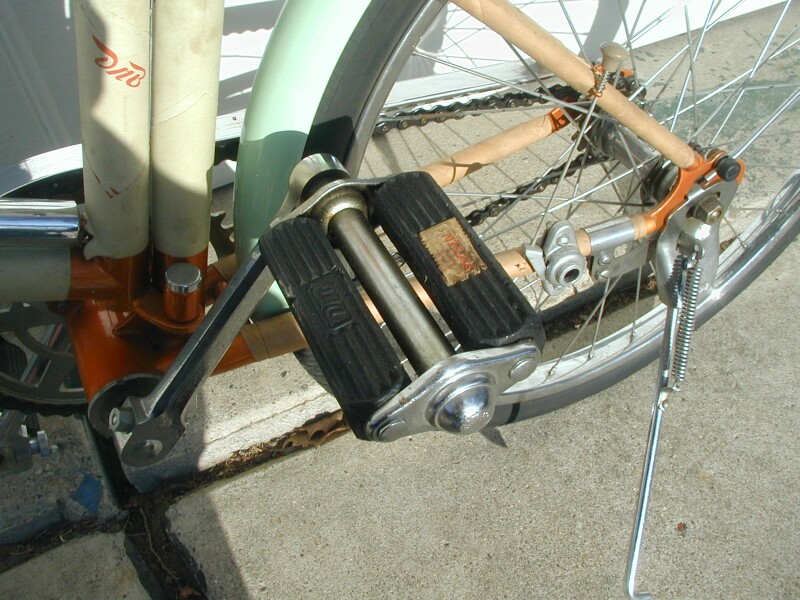 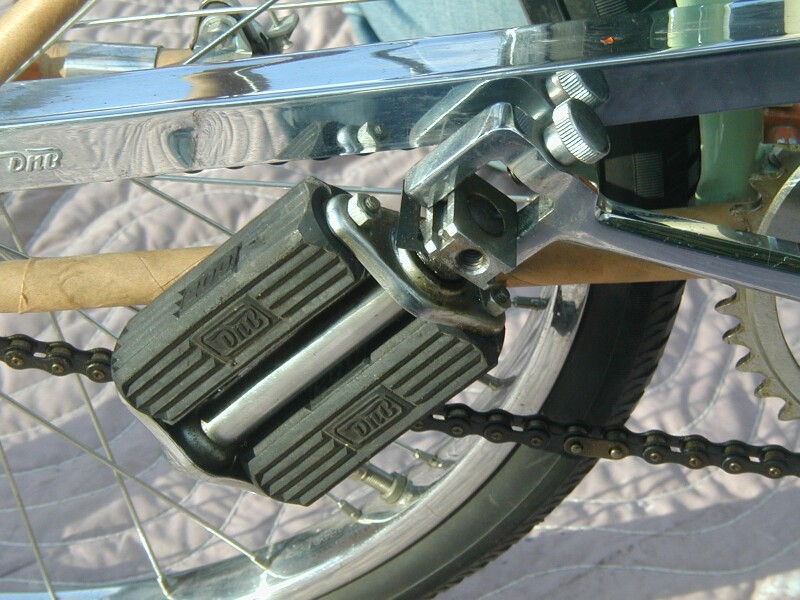 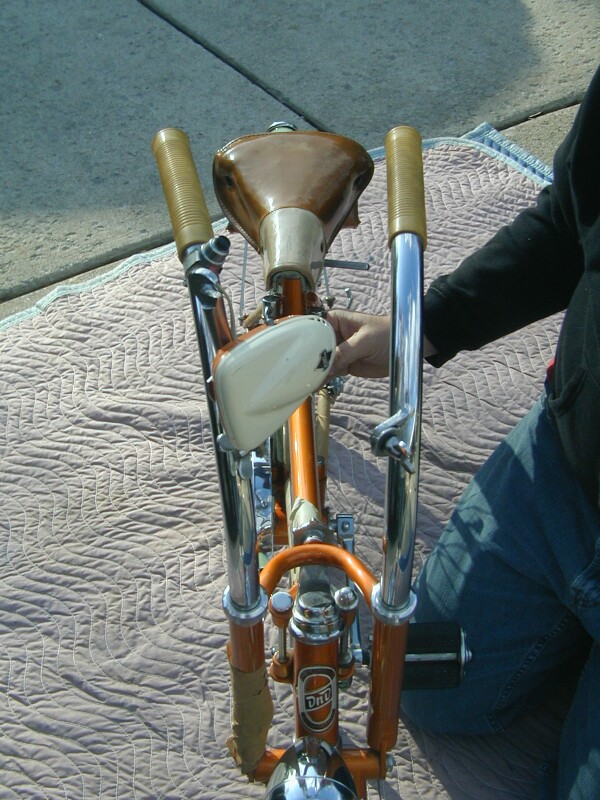 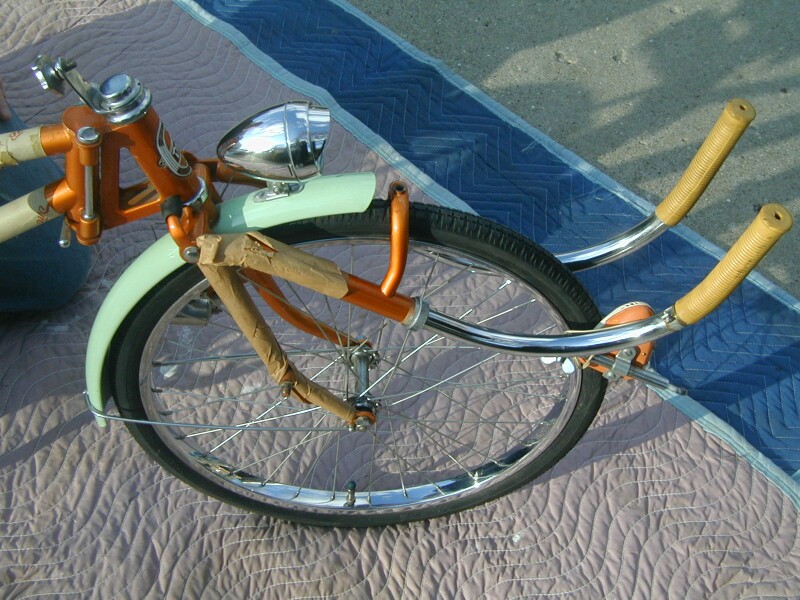 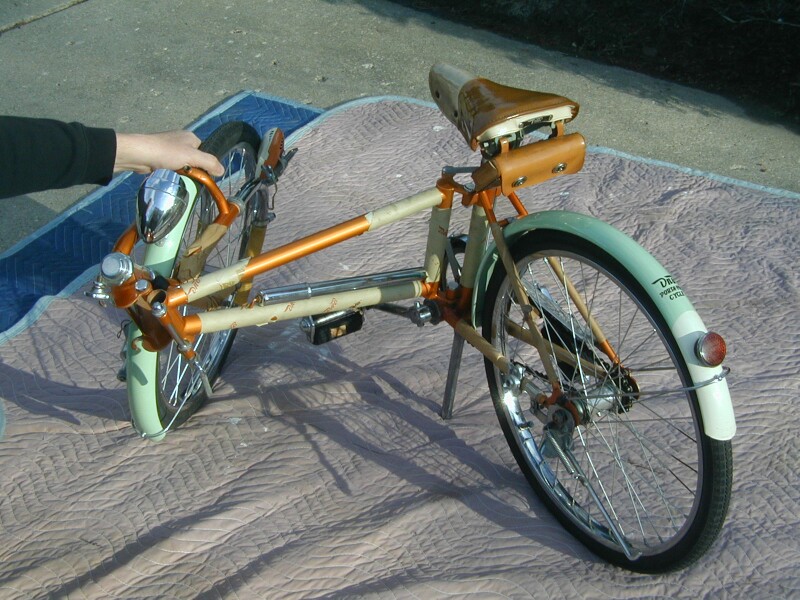 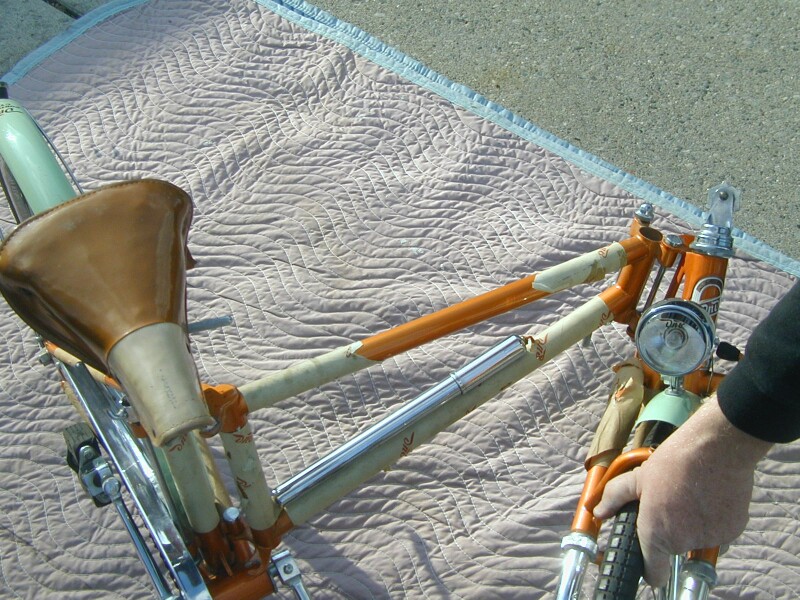 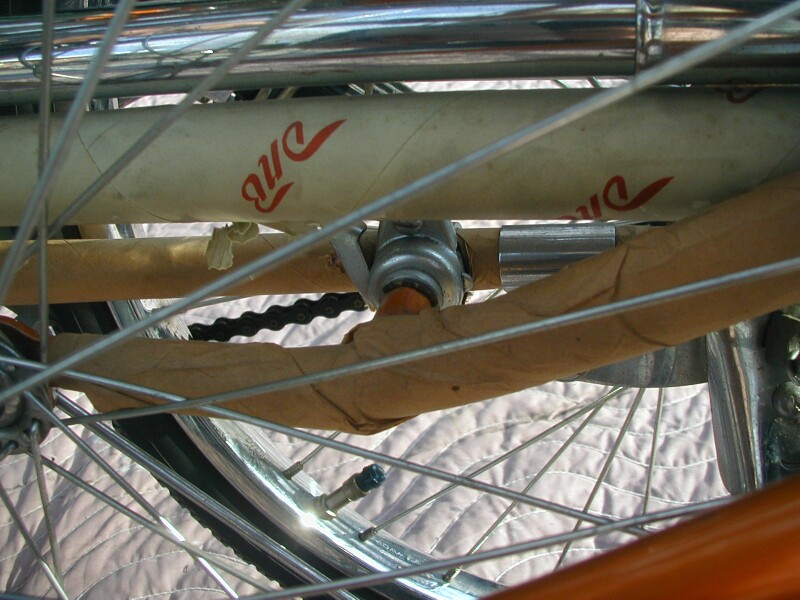 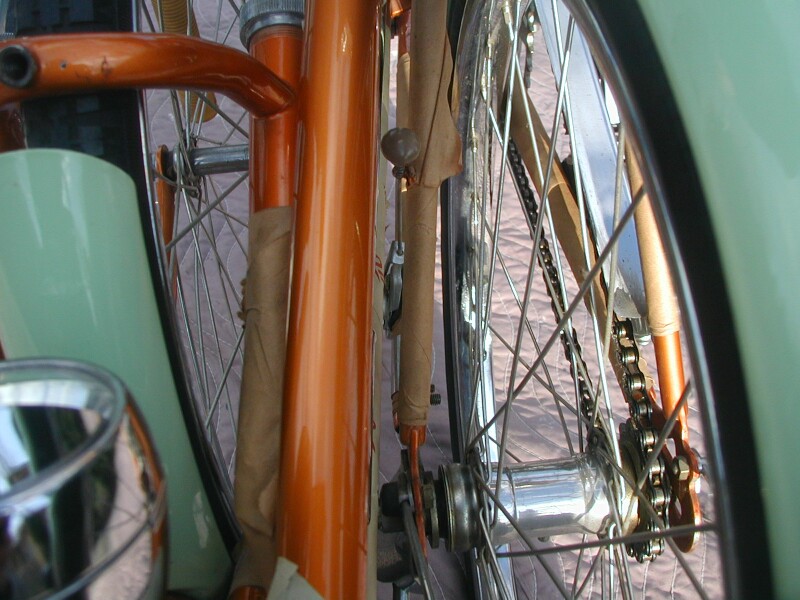 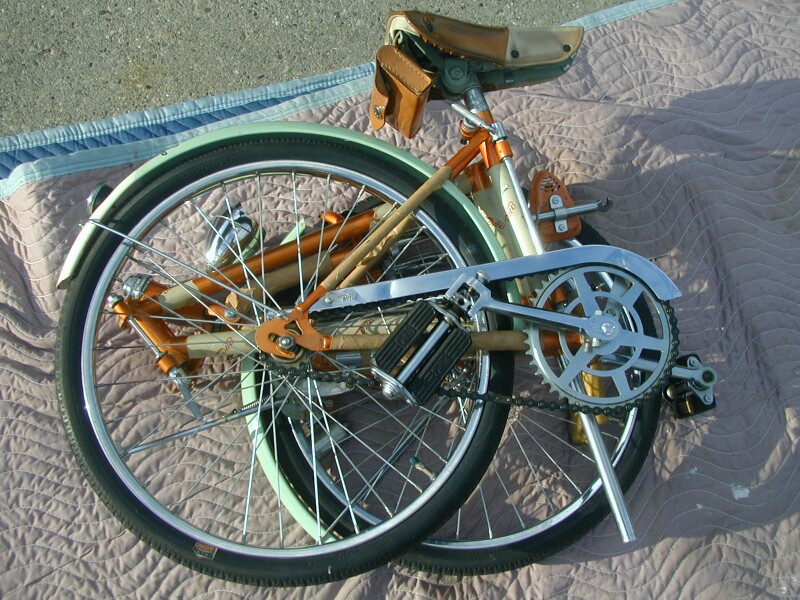 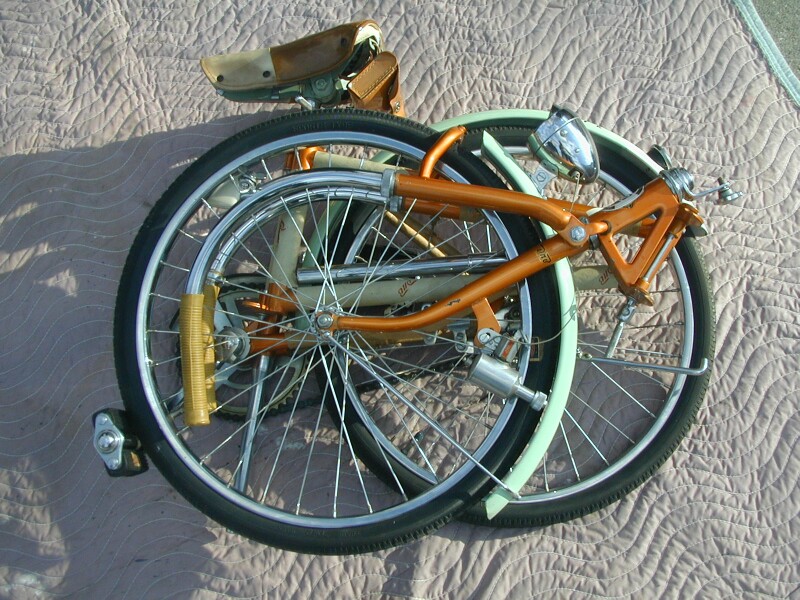 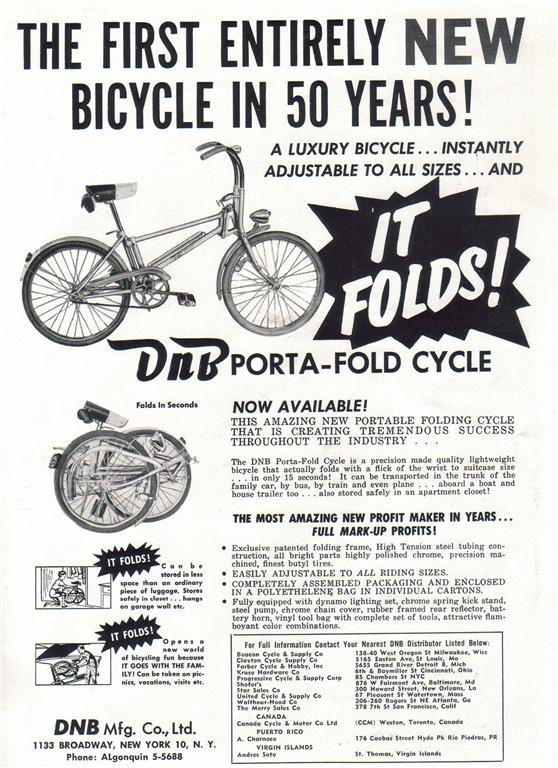 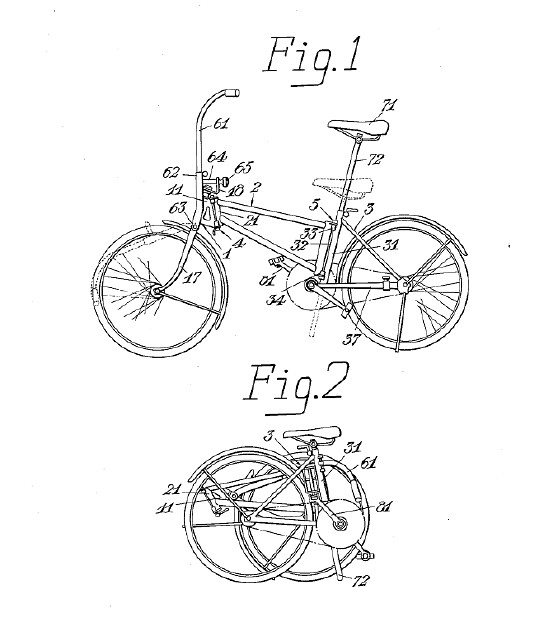