Charles Haskell Clark, of New York City, developed what may be one of the earliest small-wheeled folding bikes.  He filed for patent on his folding bicycle in 1922 and it was awarded in 1926.  In the photo below, the folding mechanism is obscured by his leg so refer to the patent drawing that follows to see how it worked.  The bike apparently wasn't a commercial success and no known examples have been found.  This folding bike is important because it may have influenced the designs of later folding bikes since Mr. Clark's patent is referenced in patents by Dahon, Brompton, Montague, Bridgestone, Cycling Sports Group, etc. 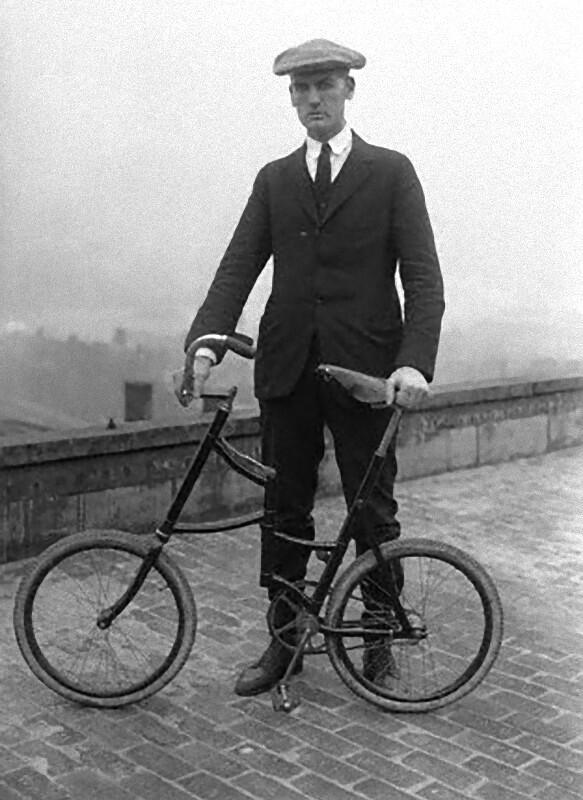 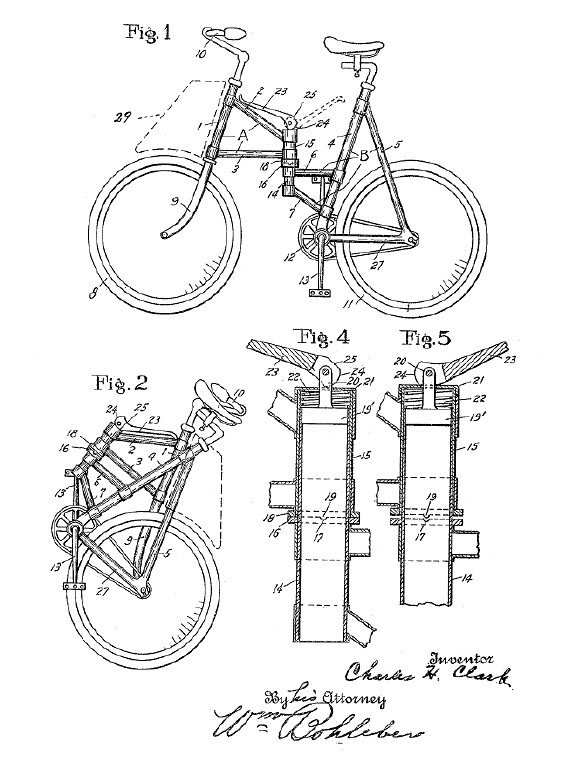 This wasn't Mr. Clark's first try at bicycle design.  In 1919, he filed a patent (granted in 1921) for a portable bicycle that was according to him, "easy to carry onto trains or street cars". While it wasn't a folding bike, it was compact with fairly small wheels.  While it was an interesting design, the small wheels and diminutive frame probably made for a bumpy and unstable ride.  Perhaps this was why he evolved his thinking into a larger wheeled folding bike with a longer wheelbase. 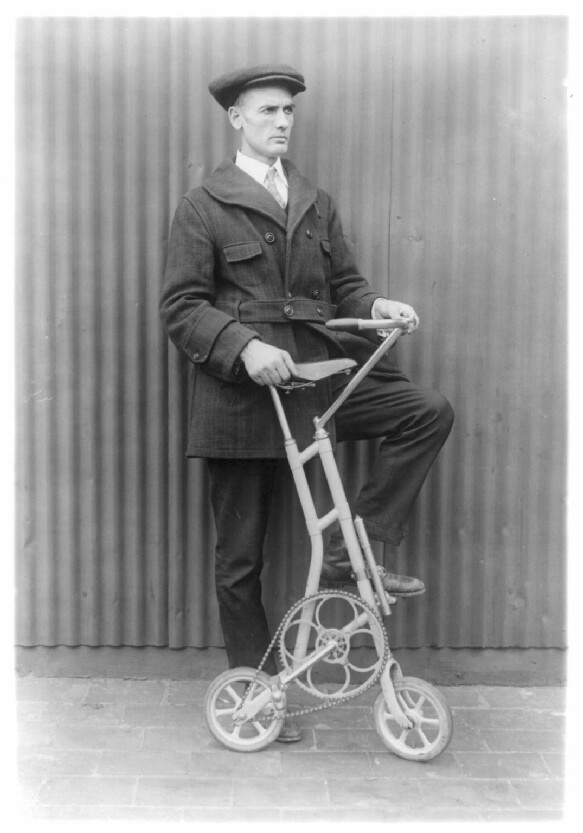 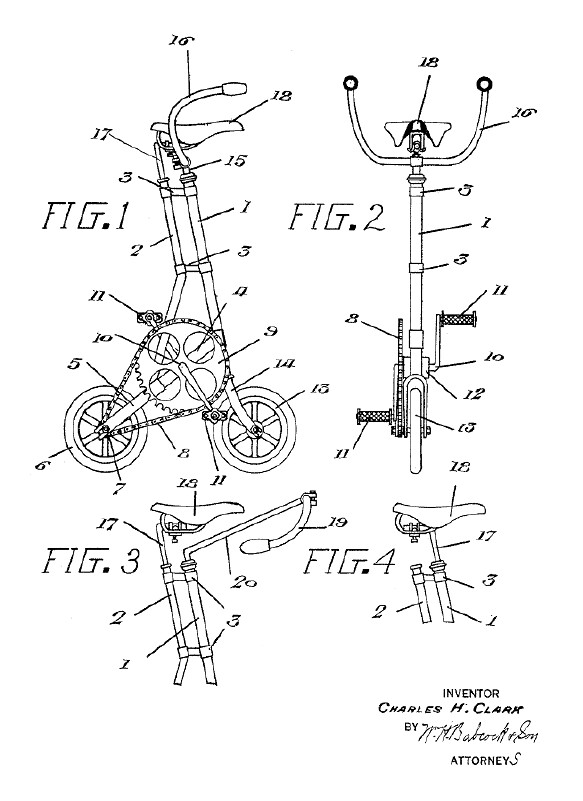