This bike was invented by two Bridgestone engineers, Ritsuo Nishimura and Nobuaki Shimada and patented in 1983.  The bike won the Good Design Award in 1984 and was introduced for sale in the 1986 catalog.  The first two photos below are scans from that catalog.  The second two photos are courtesy of the Embacher Collection.  Bridgestone ended its production with the 1988 model year then brought it back virtually unchanged in 2013 as the Transit Sports G26, shown in the last two photos.  The G26 has smaller 26" wheels whereas the GR-27 had 700c. 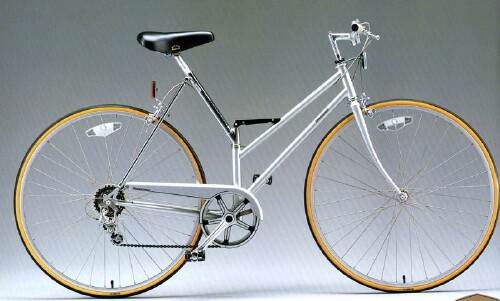 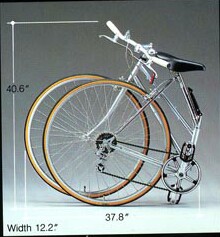 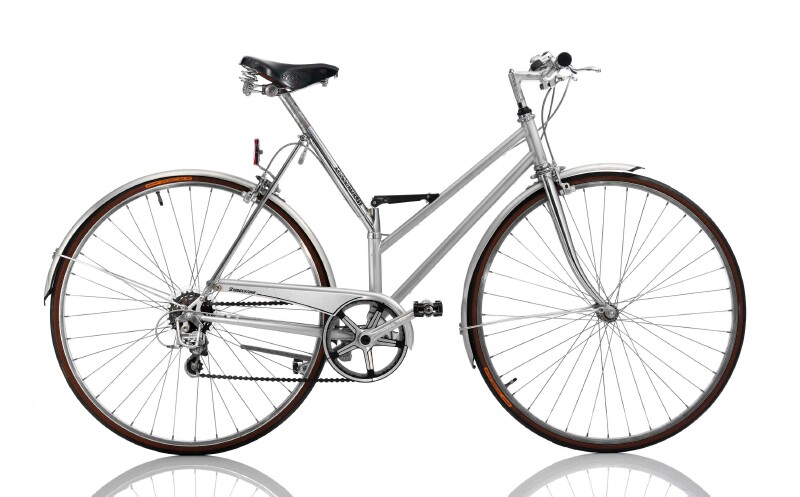 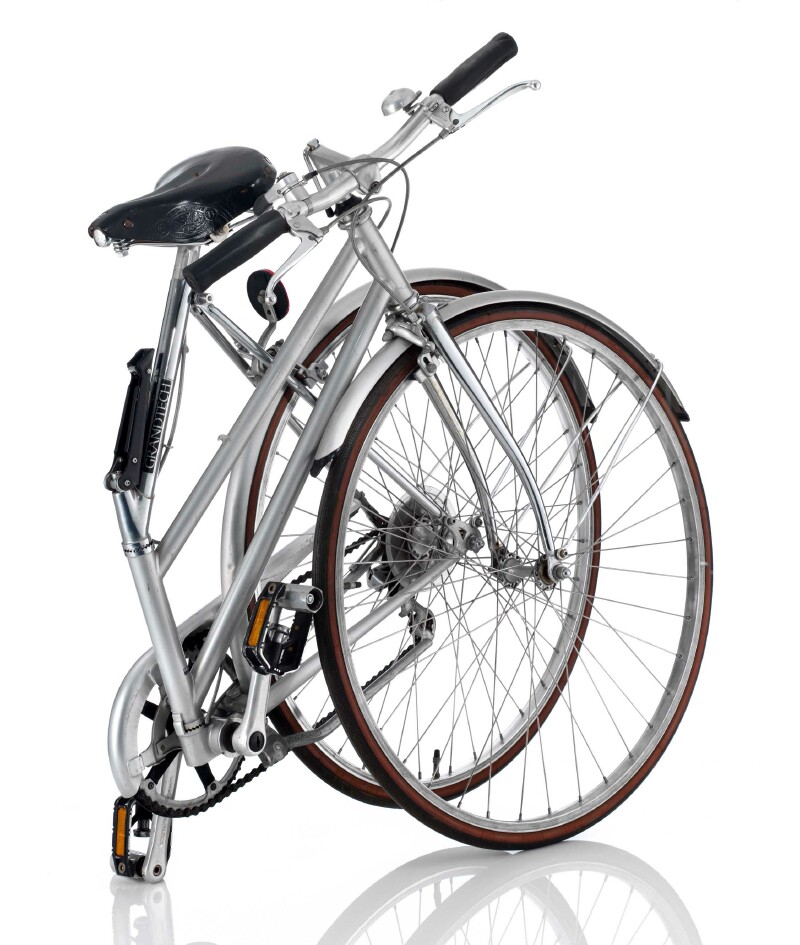 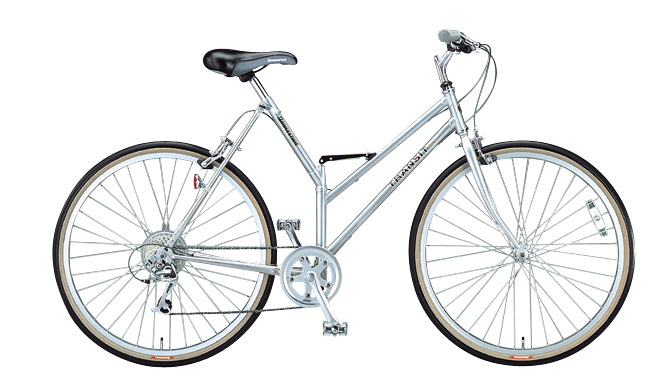 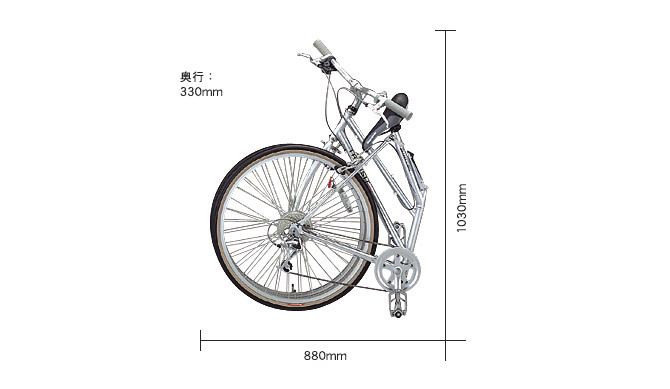