In 2000 BMW introduced a line of stylish folding bikes.  While BMW had a hand in their design, Schauff, a German bicycle company, actually produced the bike.  The BMW Q6.S folding mountain bike shown below was the top of the line and retailed for a fairly pricey $3995.00 USD.  The bike's main innovation was a front Telelever suspension borrowed from BMW's motorcycles. 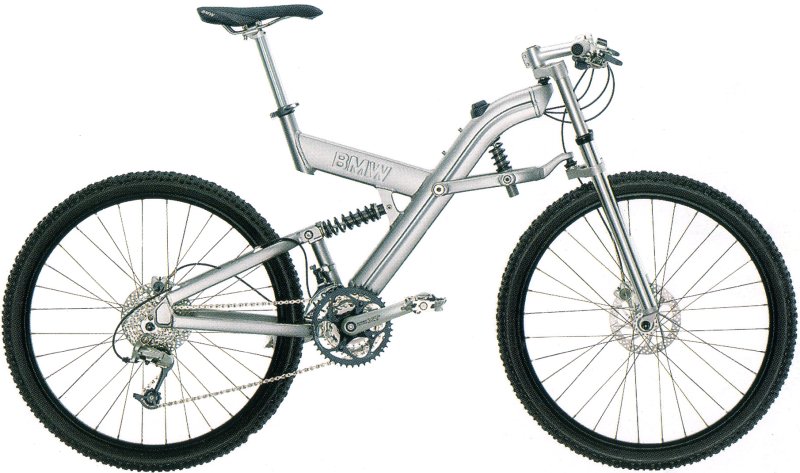 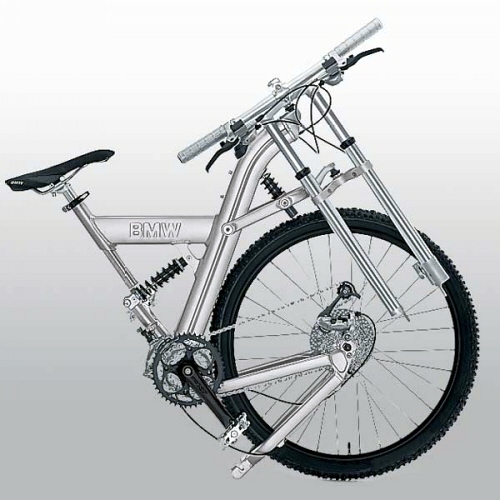 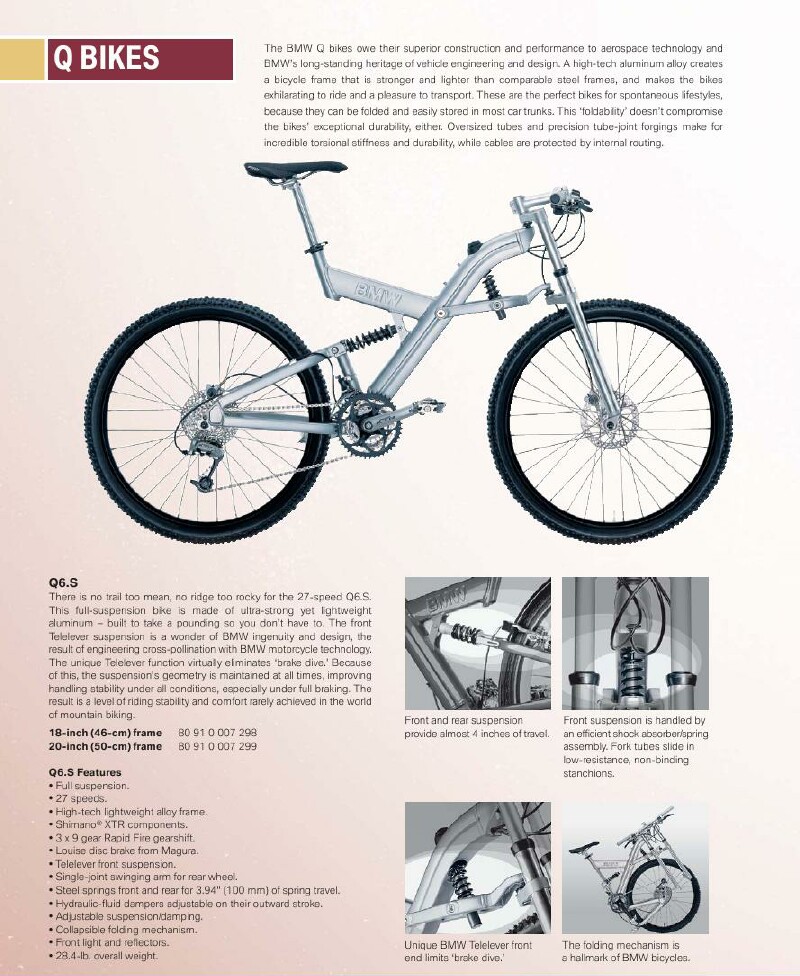 Next in the line was the BMW Q5.T folding bike, shown below.  It was intended to be more of a road bike so it included fenders, it was priced at $2695.00 USD.  It also had full suspension but it's design differed from the Telelever on the Q6.S. 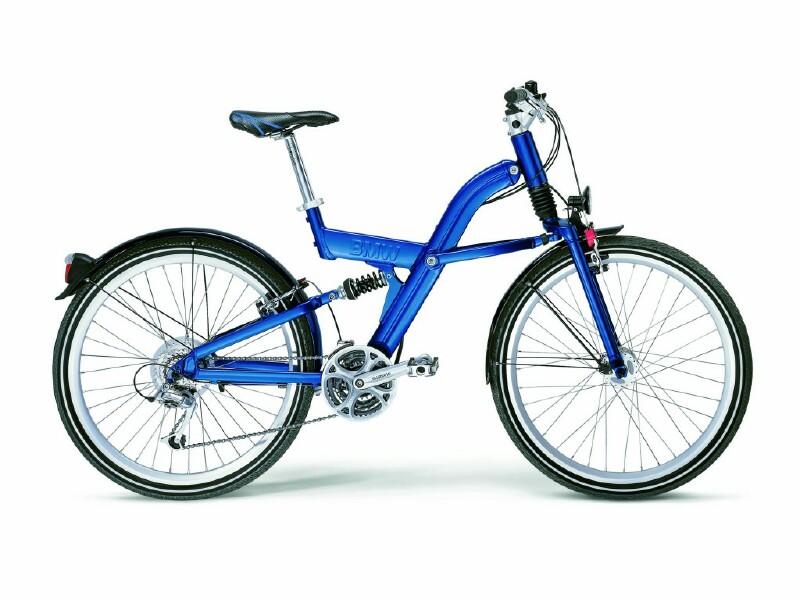 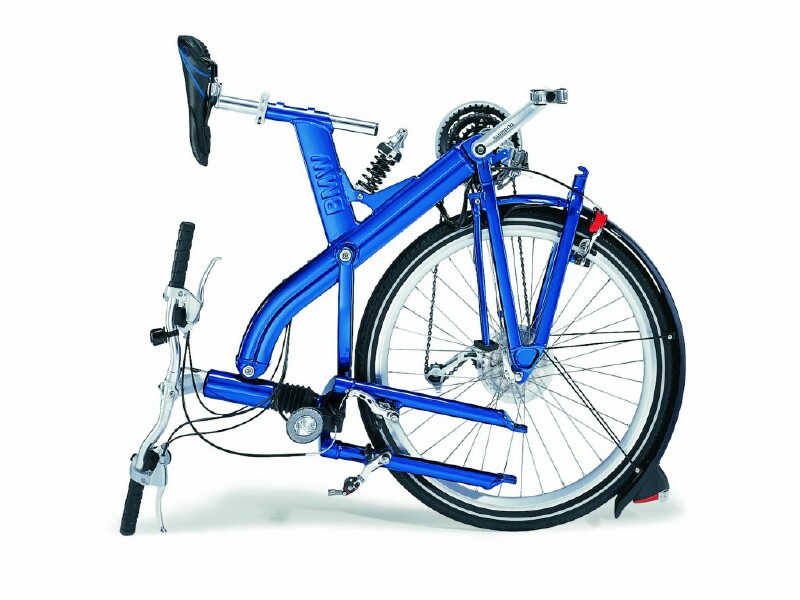 The last folding bike in the line was the BMW Q3.S, it didn't have the full suspension systems of the Q6.S or the Q5.T but it did include a simple front suspension fork and was priced at a much more affordable $995.00 USD.  A brochure photo is shown below. 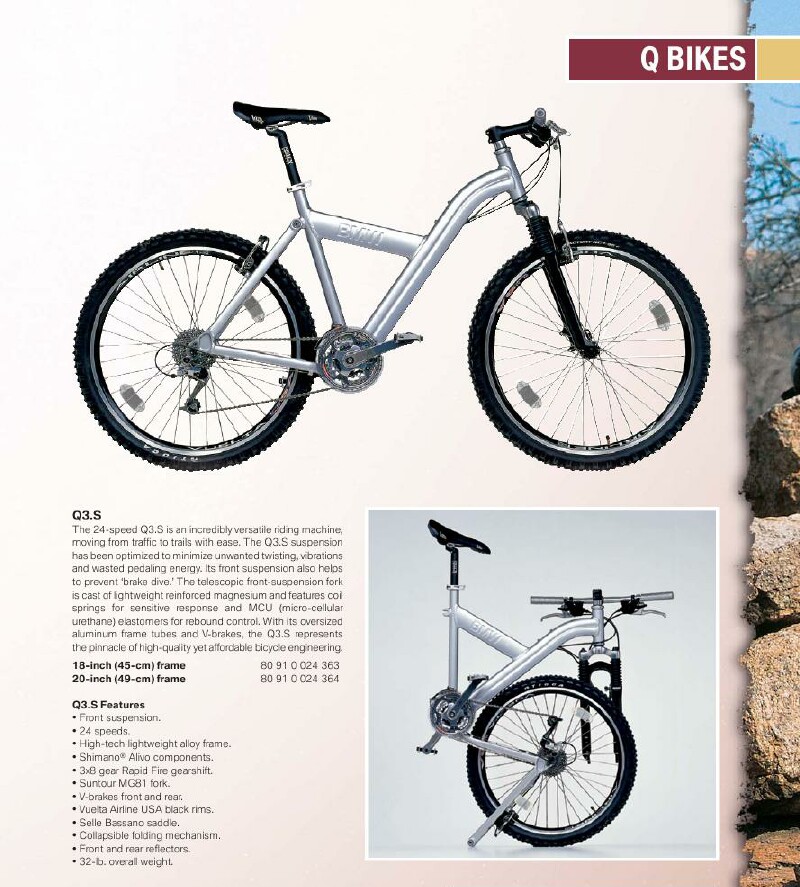