The Auto-Mini was a folding bike made by the Junior Fahrradwerke in Graz and Köflach, Austria, from 1965/66 to 1975.  The bike was primarily made for department stores and mail order companies which carried their respective name on the head badge decal but it always said "Auto-Mini" in large type on the main frame tube.  There were two versions of the Auto-Mini, a "Junior" model and a larger model with a slightly longer wheelbase.  The Junior model could be distinguished by the word "Junior" appearing in the "T" of the word "Auto-Mini" in small script letters.  All models had 20" wheels and were either single speed or equipped with a 3-speed Sturmey-Archer hub or a Fichtel & Sachs 2-speed Duomatic hub.

In the U.S., Montgomery Ward and J.C. Penney sold the bike, as did Simpsons-Sears (badged "Executive") in Canada. "Kent" badged examples are also common as they were a wholesale importer and distributor of the Auto-Mini in North America.  Occasionally a well known bicycle company such as Elswick Hopper in England for example, would carry it as an OEM folding bike offering.

It isn't a particularly rare bike as they were sold in the 1000's of units but finding them in original mint condition is fairly difficult.  The first 4 photos below are of an Auto-Mini sold by Montgomery Ward, the last photo is of one sold by Elswick Hopper with a 3-speed Sturmey-Archer hub. 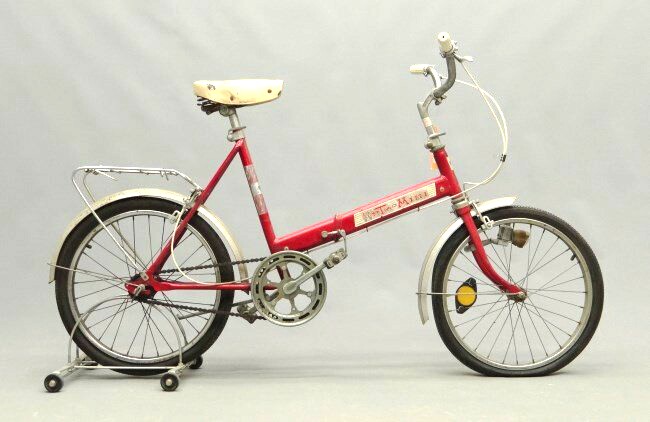 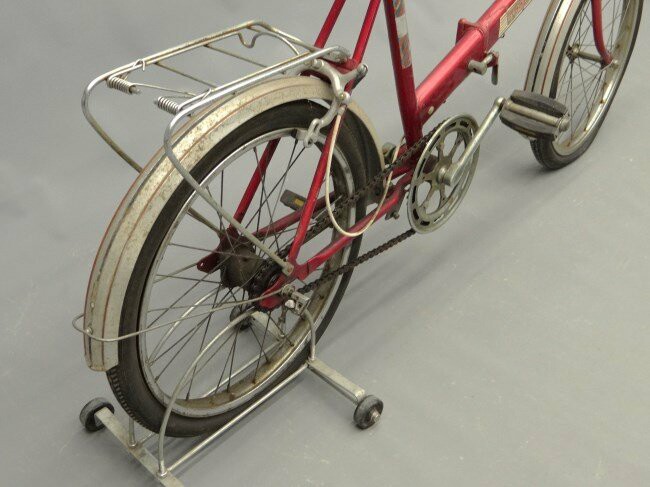 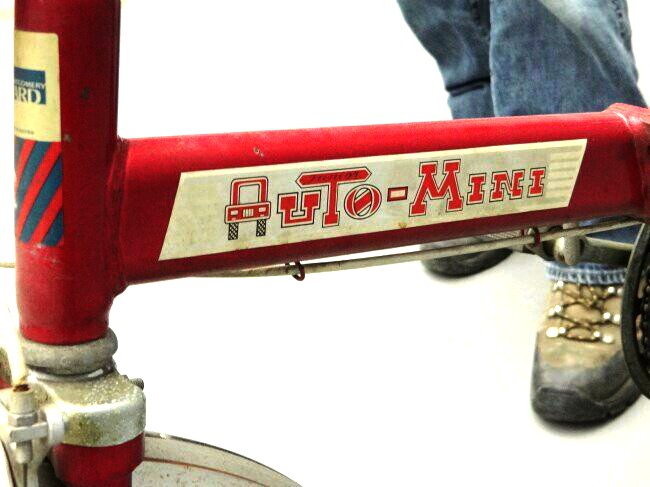 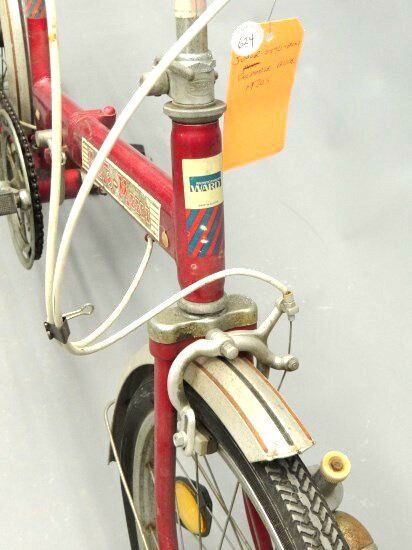 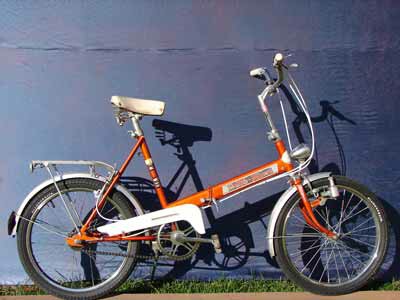